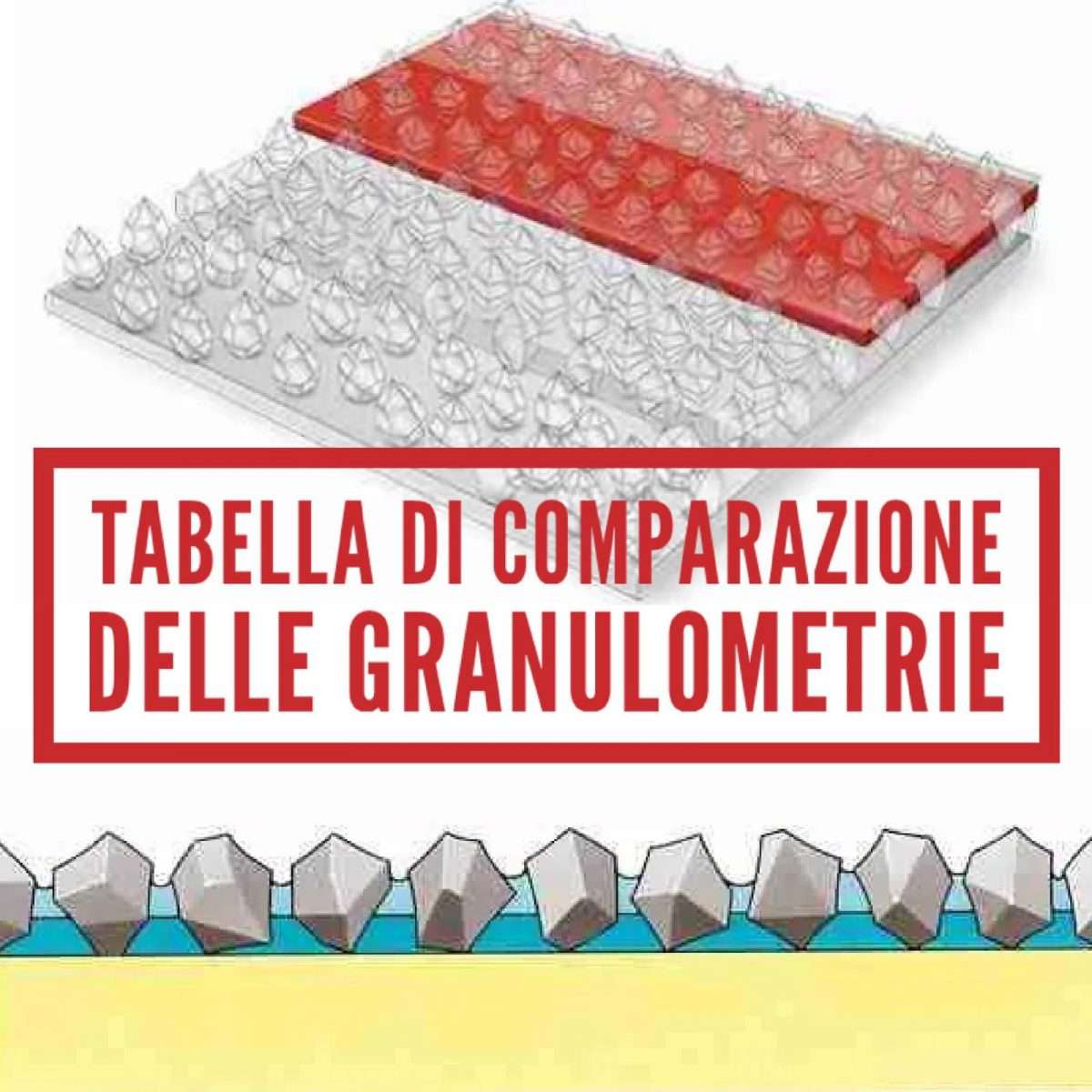 When you start building knives one of the first things that are clear is that the knowledge of the grains of abrasive belts and the abrasive paper is essential to be able to finish the various materials of the blades and the knife handle, whether wood, micarta, G10 or resins, and to realize the satin finishing of the blade or polishing.

The uniformity and dimensions of an abrasive granule are ensured by technically precise control procedures in order to ensure the machined parts an economical, effective, uniform and as perfect as possible sanding.

The identification of the size of the abrasive granules is based on the number of meshes present in a square inch of a sieve through which the granules of different sizes pass.

The sieves arranged in series, vibrating, allow the passage of the granules from the thinnest (grain 220/240) to the largest (grain 16).

The finer grains are separated with other systems (hydraulic sedimentation or atmospheric flotation).

The number of sieve meshes determines the size of the grain. 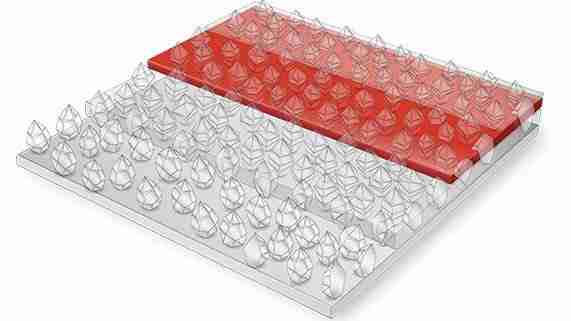 In a series of sieves if a grain passes through a sieve with 60 meshes per inch but is retained by the next one, said grain will be identified with “grain 60”

For the identification of grains there are more standardizations.

The most common are FEP A granulometry (European) and CAMI (American) particle size.

They are very similar from grain 16 to 220 but have significant differences in the finer grains.

In FEP A particle size, the grain number is always preceded by the letter P.

There are also other identifications for the size of the abrasive granules, on micro formed abrasives for example the dimensions are expressed in microns (thousandths of a millimeter) corresponding to the measurements of the single granule.

In this case usually the number of the grain is preceded by the letter X.

Comparison table of grain sizes for abrasive grains on support.

This classification concerns abrasive grains applied on a support (fabric and paper).

The European FEPA system provides for a classification recognizable by the letter P placed before the grain number (P 36 / P 600 .. ).

This table is intended to provide a comparison tool between the different classifications, without the claim of completeness and accuracy. 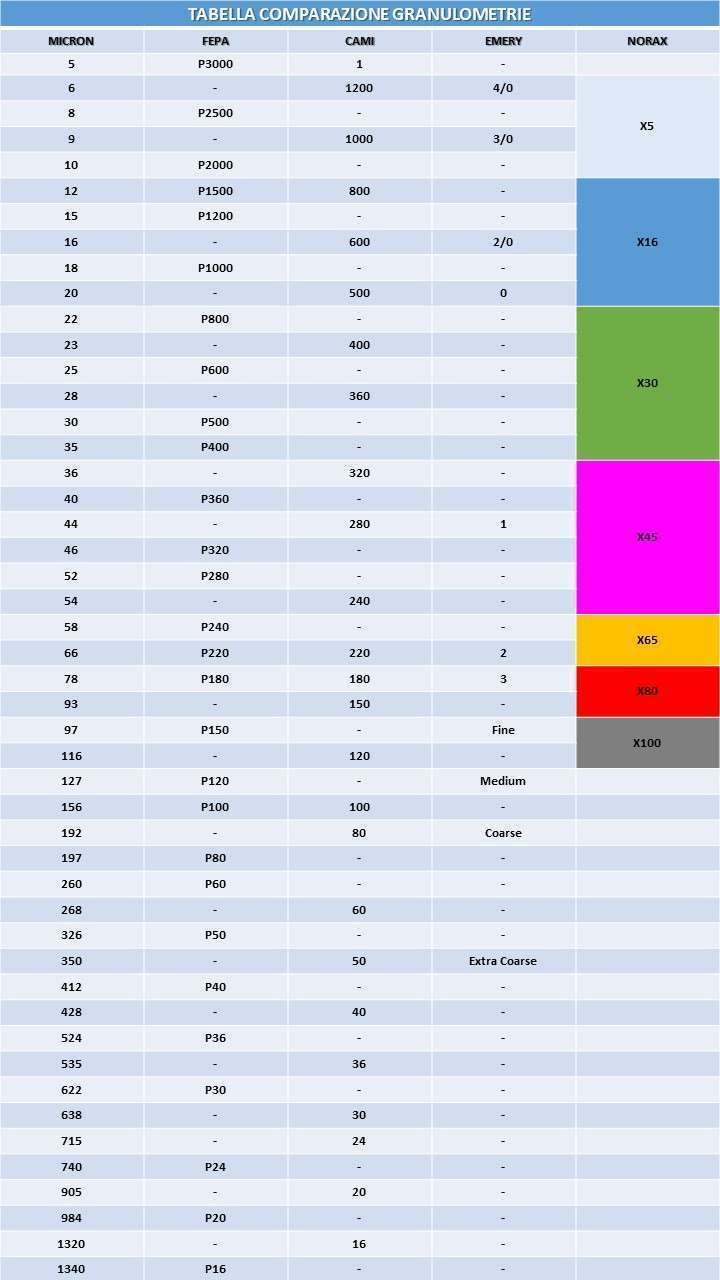 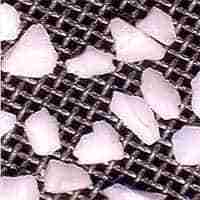 More From: Rules and Legislation