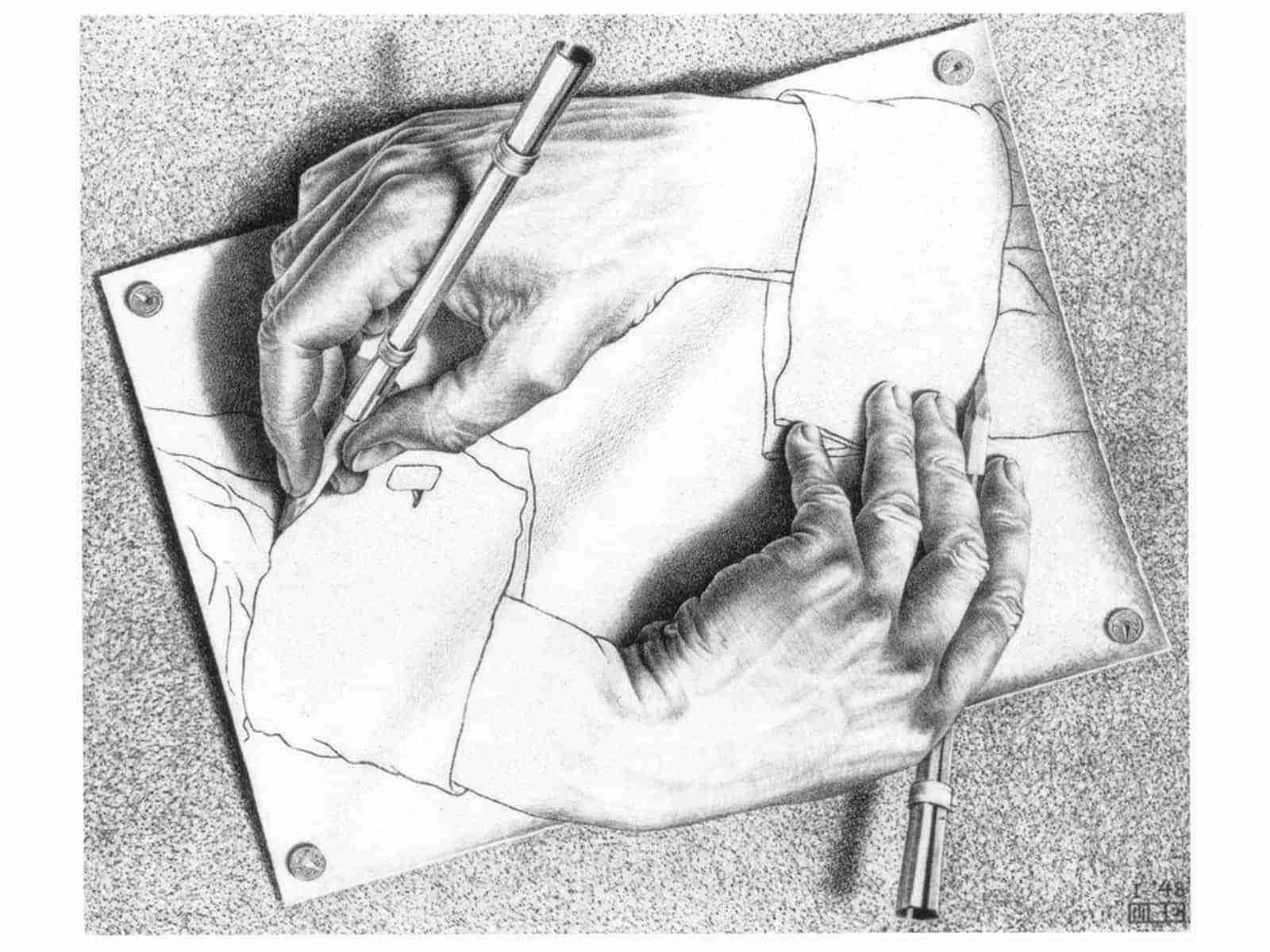 Tracing the knife you want to build for a knife maker is a key task.

The tracing of the knife in its various stages and construction operations makes the work simpler, repeatable and precise.

When you have to make a knife you need to have clear ideas about the shape to be performed, on the bevelling, how to fix the guard, how to fix the handle, if with a hidden shank , or a tapered shank, the materials to be used, etc.

The more detailed the design of the knife, the less surprises there will be during the realization!

I remember the first few times I made a knife that I made very improvised silhouettes and all in all they were fine, but having a detailed knife design already is crucial, in fact, I’ll tell you more, the more detailed the better, excuse the pun (this is a suggestion of a master of the CIC).

If you have studied mechanical technology, have done workshop or work in a metalworking workshop you know well that the mechanical pieces have a work cycle for the knife is the same thing.

There is a sequence that you have to use and respect to get a good result and this sequence you have to think about it before you do it.

Each maker has its own sequence and they are pretty similar to each other.

Each route must be finished at 100 before moving on to the next stage, and I tell you the 100 not the 90, everything you leave behind you will be forced to resume it later with greater difficulty.

The stroke of the shape is one of them, it is part of the route. 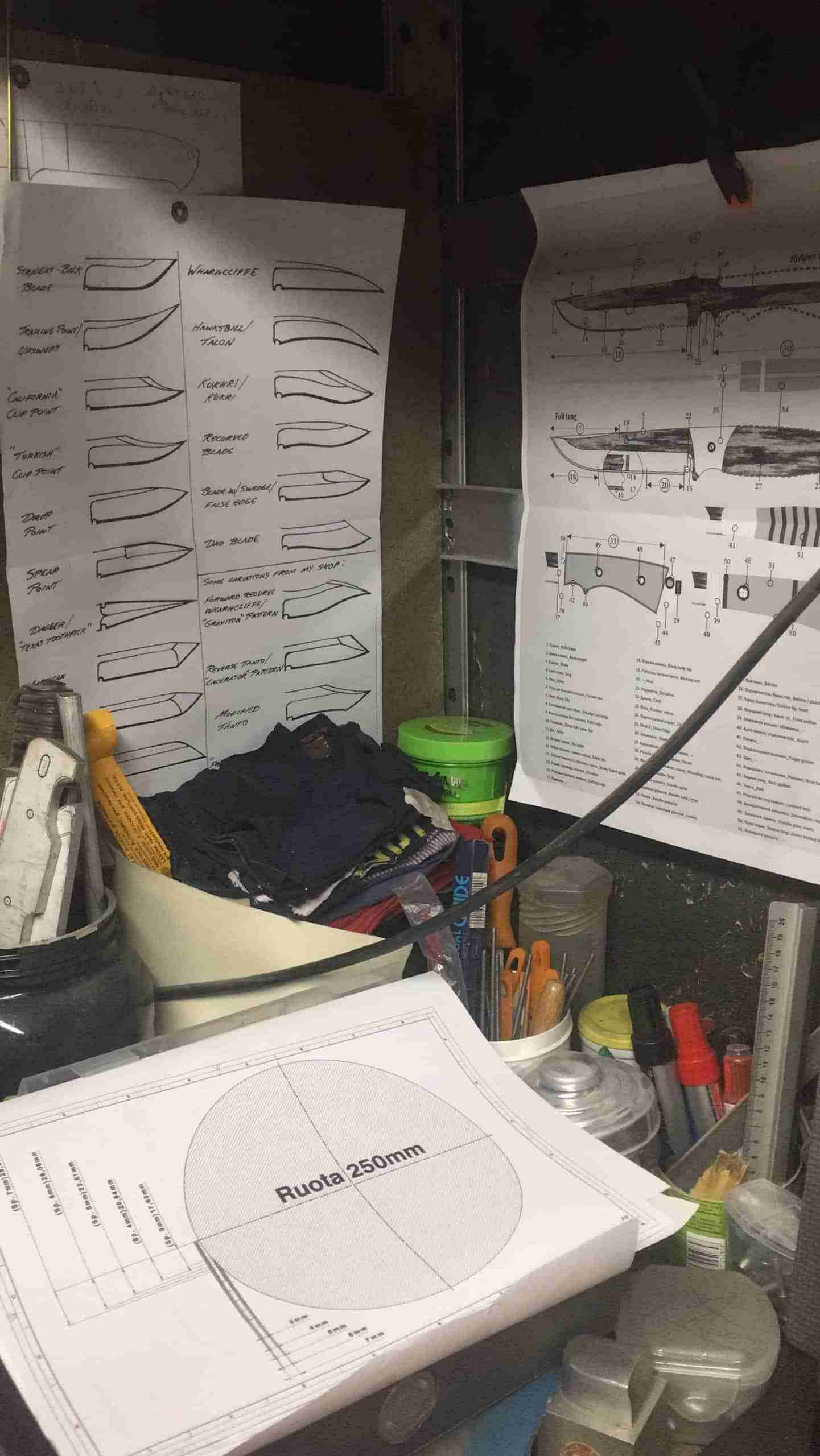 The shape is the perimeter of the knife and is the outline that you will follow by performing the discounting of the knife.

It is one of the first operations that you do but even before you check the flatness on a feedback plane of the portion of steel bar that you have cut.

If it is not gliding before tracing you have to make it glide from both sides, if you can also do it after the discounting but if you have the option make the bars adjusted but consider that it is a cost that you can avoid.

You can do this in several ways: 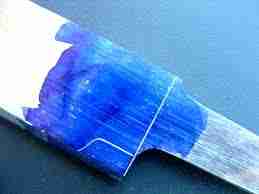 What method do you use?

Attention! What is important is that tracing when you bathe the knife to cool it does not erase or disappear.

Once you have the bar tracked at this point you can start discounting.

I don’t know it depends on the tastes to me relaxes.

Some makers who make small productions even to save money buy instead of steel bars the slabs and make laser cutting the silhouettes of the knives they want to make but it is something worth doing for those who make more copies of the same knife.

This is a very important trace to avoid having an asymmetric knife.

Consider that before the temper is not a line to be drawn but a double line.

Please note that before hardening you need to leave a minimum thickness to ensure that the blade does not melt during the hardening phase.

There are many methods to trace the centerline: 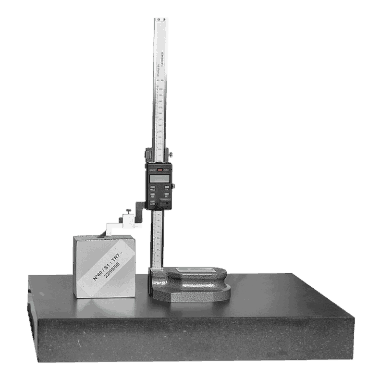 Ps. Also consider tracing on the plate of the blade and on the start if you need to make a handle with tapering. 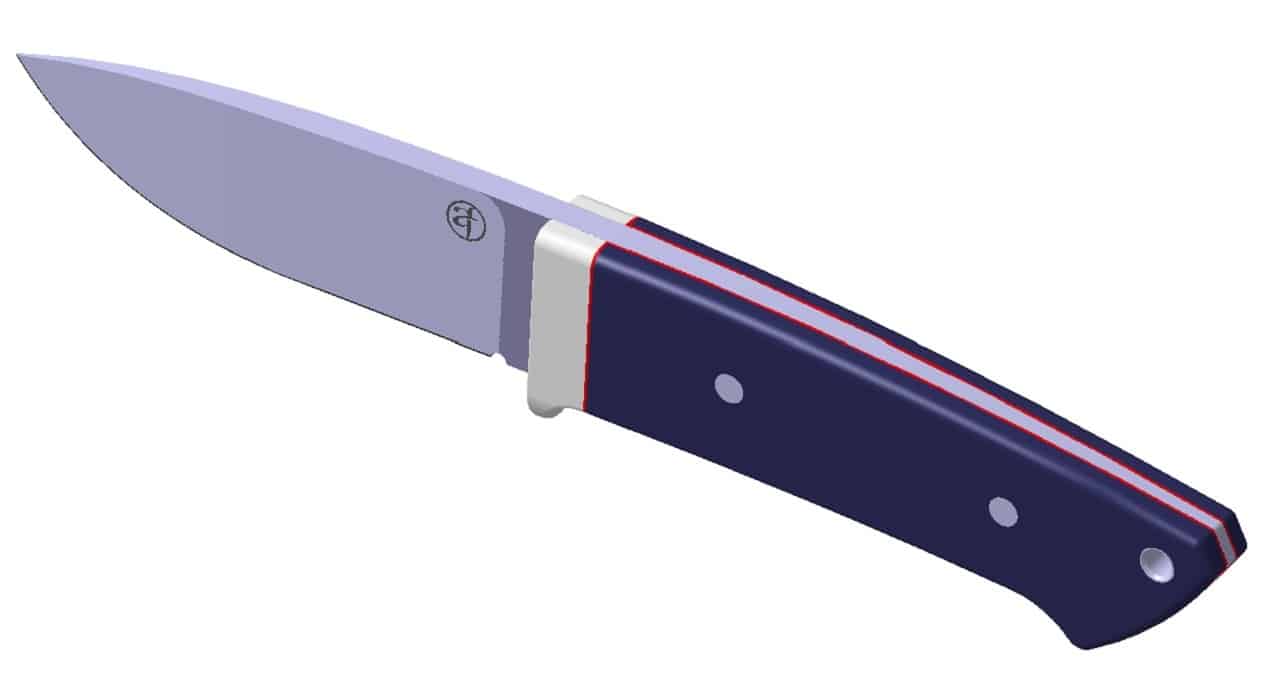 The position of the punctures through the punching and the choice of their size is also a very important step to avoid redoing them or having to recoil when the knife is hardened (helpoooo!!).

For jig users, it is also punctures to attach the knife to the tool.

Personally I do not use Jig but freewheel ingese pier without support, at first the master made me use a stand but then told me now you have to learn to freewheel molar if you really want to make a leap of quality and check all the bends of bisellatura the only way is does freehand, it’s an art.

The best do so!

Now to return to the hole speech on the knife

You have to consider all the holes:

Ps. Punctures and types of punctures depend on the design of the knife, which is why it is important to have clear ideas.

When the bead is complex it is also necessary to spend time tracing the lines that mark the knife lines to have precise references.

Having references is something fundamental when searching for the perfect copy or repeatability of a blade. 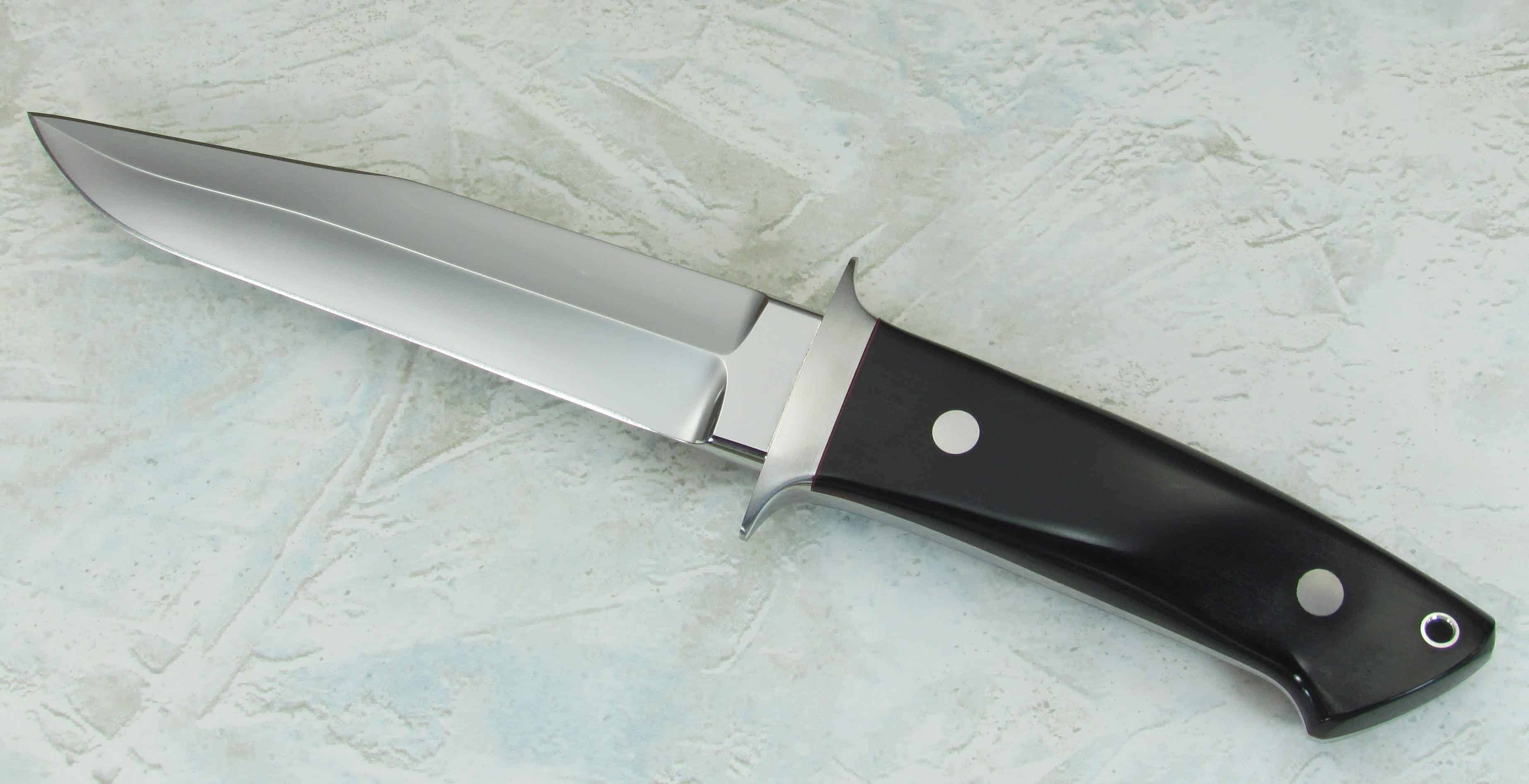 In some cases it is crucial as in the daggers and the symmetries are even more evident as they are on the same side but the same applies also to the symmetries on the opposite faces of the knife. 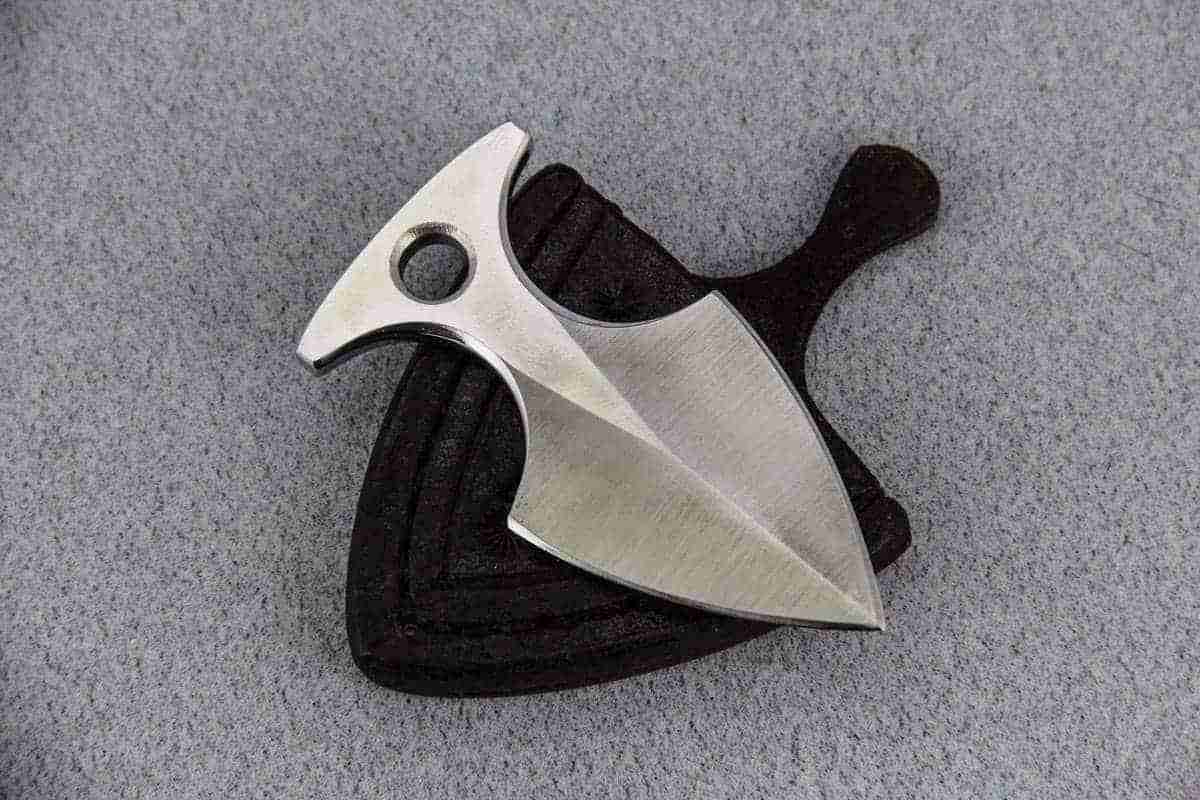 Take the right time to track, without being in a hurry.

This is one of the key steps for a successful knife and a good track has never been lost.

You will see that you save much more time if you perform a good trace of the blade than to take the knife back every time because there is something that does not come back.

Tracing the blade of the knife is like having a precision viewfinder on the rifle, you make less mistakes! If you know what you do.