Knives are not given away Knives are not given away, and every country about it has its superstitions about knives and whether you have to give them away and in what form.

In some countries it is traditionally believed that giving a knife as a gift to a friend cuts or divides the relationship.

To avoid such bad luck those who receive it must give a coin in exchange in order to “pay” the gift.

It is common to include a penny in the gift of a knife, who receives it must return it as a “payment”.

Ps. Mixing liquids or powders with a blade also brings bad luck; as the rhyme says, “Mixing with a knife, the dispute is mixed upwards.”

For some cultures giving a blade as a gift is considered a sign of respect and trust.

The tradition of giving a coin for a knife came from old England. Having received as a gift a knife or any other sharp object, it was necessary to give the donor a half penny for the ailment to pass.

The knife plays a significant role in the culture of many countries.

For example, in the initiation rites of some peoples, such as the recognition of adulthood.

Often the knife accompanies its owner from birth, when the baby is put in the crib as a talisman.

Knives are not given away in Finland

Giving a knife is a common practice particularly in Finland where various non-governmental organizations and even government bodies traditionally give a puukko (a Finnish hunting knife with a fixed blade) as a gift to employers or trusted contacts.

The puukko is always presented by handing the handle as a sign of trust and friendly intentions.

In Finland, if a young man wanted to propose to a girl, he put the knife in the girl’s scabbard, and if the girl did not pull out the knife, it was a sign that there would be marriage.

Knives are not given away in the United States

In many parts of the United States it is considered as bad luck to pass an open blade of a handle to someone.

This is especially common in rural areas where carrying a blade in your pocket is as common as carrying a bunch of keys.

It is also believed that allowing someone to close a blade of a folding knife that someone else had opened brings bad luck.

These superstitions are also found with swords, there are several rumors regarding the treatment of blades that are used in combat.

Generally, these superstitions state that it brings bad luck to have extracted a blade from its scabbard without having used it.

Certain cultures believe that a blade does not belong to an individual until he “bitten him, or had a taste of their soul.

Those who believe in such superstitions may intentionally sting or cut a finger with the blade rather than risk a later and accidental cut.

According to this superstition, the blade will remain sharper for longer and is less likely to accidentally cut off its owner once he has made it taste the blood.

Knives are not given away in Japan

In the land of the Rising Sun, it is believed that any knife and even scissors bring good luck and frighten evil spirits.

The Japanese also believe that giving a knife means protecting them from damage.

For example, since ancient times, it was customary to give away any cutting object when a person reaches the so-called unhappy age.

According to Japanese calculation (the gestation period is counted for 1 year of life for a child), it occurs in women at 19, 33 and 37 years, in men – at 25, 42 and 61, and this age is called “Yakudosi” and the tradition of giving a knife when reaching the “Yakudosi” has been preserved today.

Another reason why such “skills” are attributed to a knife in Japan is that the same hieroglyphs “cut” and “open” are used for the expressions “open a new page in destiny” and “cut a path to happiness”.

That is why knives and even scissors are an essential gift for many important events in people’s lives.

But even in Japan some negative associations are made to swords and knives, there are also superstitions about giving knives here.

Some argue that any sharp gift can break a friendly or business relationship.

To avoid negative consequences, the Japanese, like the medieval British, mask a gift with a conditional purchase for a coin of any denomination and the method used is to take a coin and put it in the gift box, which the birthday boy who received the sword for example must return as payment.

Knives are not given away in general in the world

For example, in China and Latin America, a gifted knife can be perceived as the end of friendship.

It is not customary to supply various types of cutting and drilling tools even in Arab countries.

And in Mongolian traditions since the time of Genghis Khan, it is strictly forbidden to give away sharp objects.

In the countries of Central Asia, a knife is considered the most expensive and prestigious gift, and people believe they are sure that all sharp and sharp objects have the power to protect amulets that can ward off diseases and misfortunes.

A knife placed under the child’s pillow was considered an effective way to save his health.

When an adult became ill, a knife was put on his head instead of a compress.

In Ukraine it is believed that eating food from the knife instead of the fork or spoon or otherwise bringing the knife closer to the mouth brings bad luck. 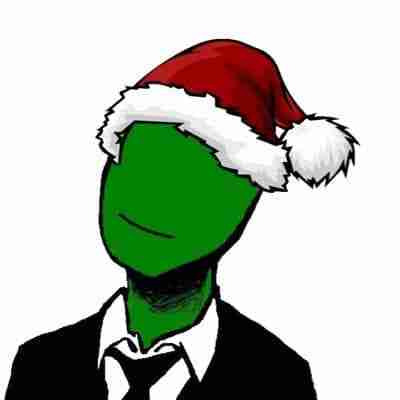 So the knife can be given away or not?

The answer is that you can give it as a gift but respecting the “law of tradition”.

In reality , it is not given away but “sold” it.

This is because giving a knife has, in some cases, the value of a curse, a sort of wish for death or misfortune.

Giving it away is as if I were telling the person to kill himself or get hurt with that knife.

To avoid this, those who receive the gift must pay for the knife with a coin of little value, because the payment is symbolic.

To prevent those who receive it from forgetting this passage, in many Italian regions it is customary to give a knife together with a coin. The recipient of the gift takes the coin and uses it to pay for the knife.

The name engraved on the knife

You do not write the name of the owner on the knife.

It is also said that writing the name of the owner on the blade or handle of the person to whom you are giving, is considered an inappropriate and inconvenient thing.

This is for two reasons:

In many Italian cultures the knife is a strictly personal object, and it is difficult to lend it.

How to give the knife as a gift

Another peculiarity concerns the ways in which it is usual to give a knife as a gift in Italy.

Unlike any other gift it is who is making the gift who must open the package, so he will open the knife if it is a folding knife or take it out of the scabbard if it is a fixed blade and grab it by clutching it with his fingers on the edge of the blade.

In this way he will hand it to the recipient of the gift, who will grab it by the handle.

This gesture is a sign of deep respect and trust in the person to whom you are giving the gift, because by grabbing the knife from the handle, he could easily push it towards the belly of the person who is giving it away, stabbing him.

They are gestures that some do without knowing why, just because maybe our parents have handed it down to us or we have seen it done by them when we were little.

A tradition that accompanies the generations then, sometimes forgetting the meaning of the gesture and losing the apparent sense of the gesture but that it would be good to remember because, after all, they are a part of our history of the knife.

Since ancient times people are subject to certain fears that eventually turn into superstitions and spread in the local culture for generations and although no one knows the reasons that gave rise to the belief that it is impossible to give a knife the tradition in doubt is respected but it is still possible to cancel the effect of bad omen with a coin of any denomination.

The knife has always been and remains the only tool that has practically not changed in all its history and, above all, has not yet lost meaning and purpose but if you think that the person will appreciate your gift, give the knife with courage but take a coin.

And even better, as in Japanese cultures, donate your knife that will come back to you later!

Respect the knife! Respect tradition! Give a knife as a gift.