Santoku, the name literally means “3 virtues”, is in fact a “hybrid” knife designed to cut, chop and slice.

It has a double flat bevel , so it is sharp on both sides.

Another fundamental knife is the Santoku, it is the all-rounder knife, which can be used very well to cut:

The three virtues, the three advantages.

This is the translation of the word that identifies the universal knife of Japanese cuisine, used in the preparation of fish, meat and vegetables.

The santoku tends to be sharper than the deba bocho also because it has the thinner blade and is more manageable than the Gyuto being that it has a shorter blade.

It is probably the most versatile knife in the kitchen among all those that can be found in a Japanese cutlery, in my opinion it is the first Japanese kitchen knife to approach for the novices of the “really sharp cut“.

It can be compared with our chef’s chopper, but it has smaller dimensions, in fact the length of the cutting edge varies, in general, from 16 to 19 cm.

Santoku is the most commercially successful Japanese blade, so many European companies have also included it in their product lines.

The bevelling of the Santoku knife

The chamfering is in this case symmetrical and the sharpening is performed on both sides of the knife. 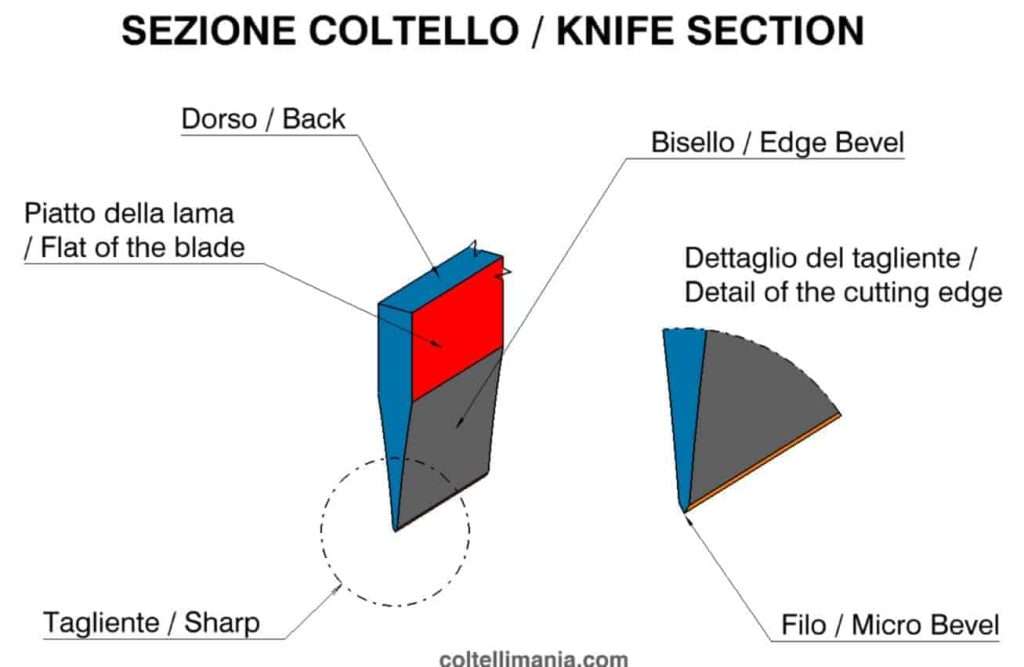 As far as the handle is concerned, there are ambidextrous versions with a symmetrical and also asymmetrical section, with the aforementioned chestnut shape.

When evaluating the purchase, left-handers will have to request the version dedicated to those who will use it.

Some very Europeanized versions also have hollow scalloped edges in the area above the cutting edge that facilitate the detachment of freshly cut foods, but in my opinion it does not make much sense if you want to maintain the tradition and depends on the type of cut and food that must be done, it is more suitable for meat with thick cuts otherwise I find it a useless processing.

This processing of the scalloped hollow edge brings airflow to minimize sticky cutting especially with meats.

As a folklore note it is interesting to know that for the Shinto tradition each object contains its own spiritual energy and once the knife turns out to have an unusable blade, it is brought to the temple for a sort of funeral rite

Type of typical Japanese handle shape of a Santoku knife

There are mainly three types of Japanese knife handle shapes:

Clearly the handles are made of very different materials ranging from wood to synthetic materials, but we must distinguish the traditional method from the needs of industrial knives, to get to the creations of makers who indulge themselves by experimenting with innovative materials to give an even more impactful aesthetic or for specific customer requests.

The most used materials to build Japanese handles are natural woods such as Oak, Wenge, Rosewood, Olive, Walnut, Apricot, etc. 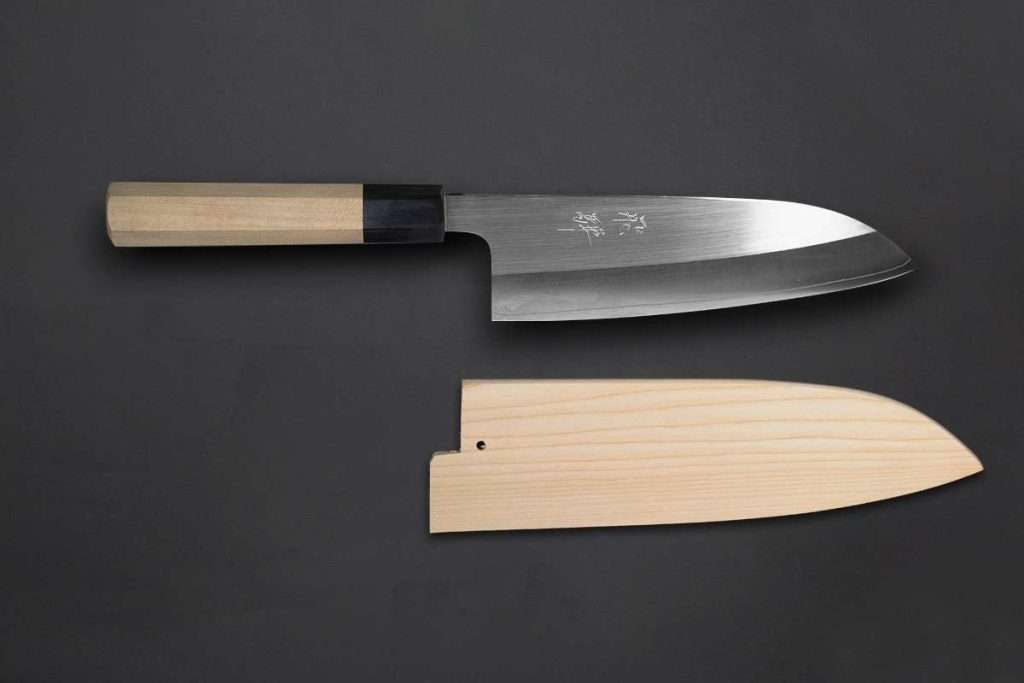 Is it just a fad?

Certainly not to the point that even many Western makers have started to produce Japanese kitchen knives and some specializing in the realization of kitchen knives.

The customer who asks for these knives knows what he wants, looks for high quality and knows that they are often real jewels.

The Santoku knife is among the most representative Japanese knives, sharpened on both sides and is used to perform multiple functions in the kitchen, with meat, fish and vegetables and can not miss in the kitchen of an enthusiast and among the knives used by a chef.