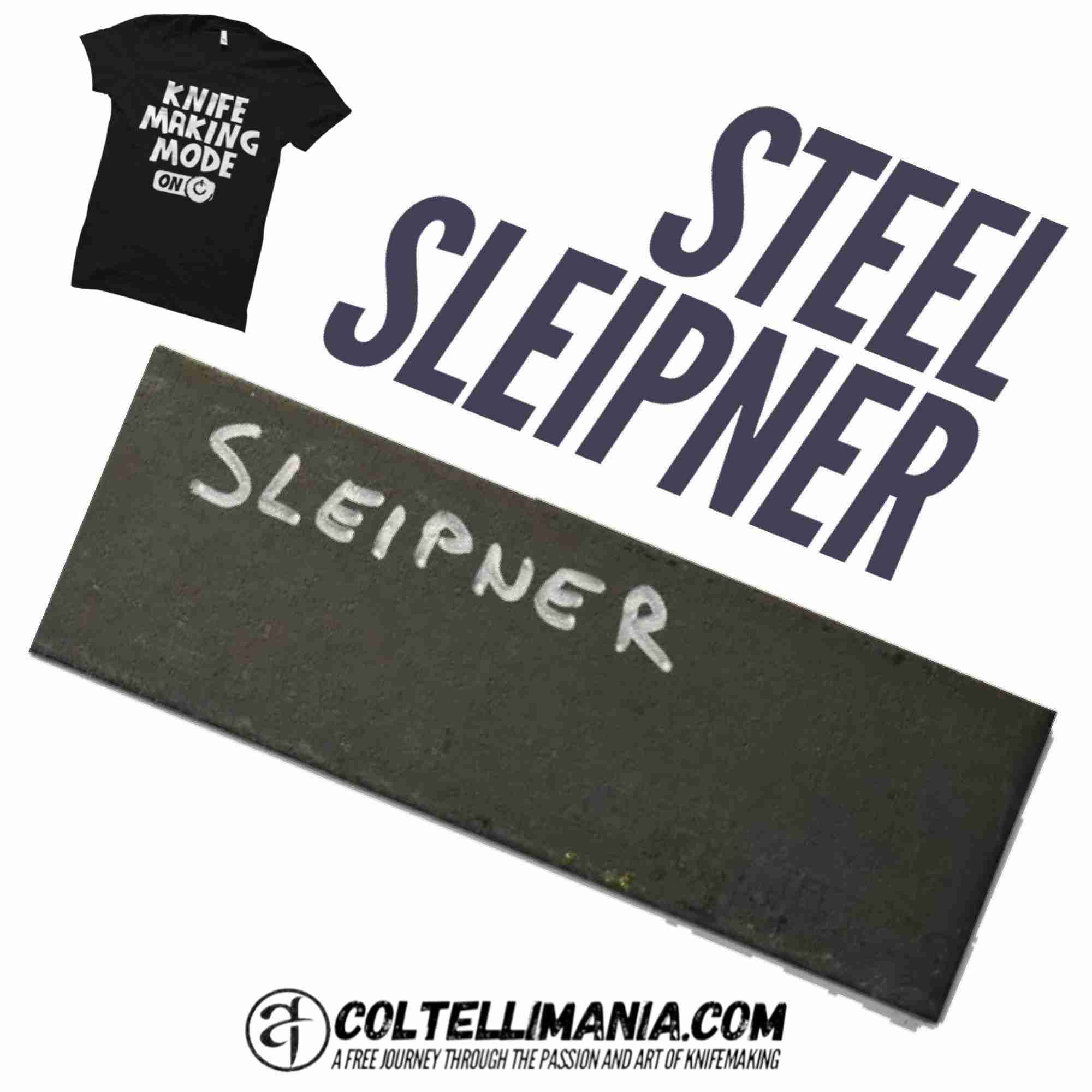 Sleipner or Uddeholm Sleipner steel is a high-alloy cutlery steel with a wide range of properties and is an ideal steel for all types of surface treatments.

In East Asia and Southeast Asia, Uddeholm Sleipner is marketed by Assab under the brand name Assab 88.

This steel produced by Uddeholm, the Sleipner is a fantastic carbon steel with excellent qualities of resilience and tightness of the wire, it can be simplified by saying that it is a steel similar to D2, but with all the increased parameters. 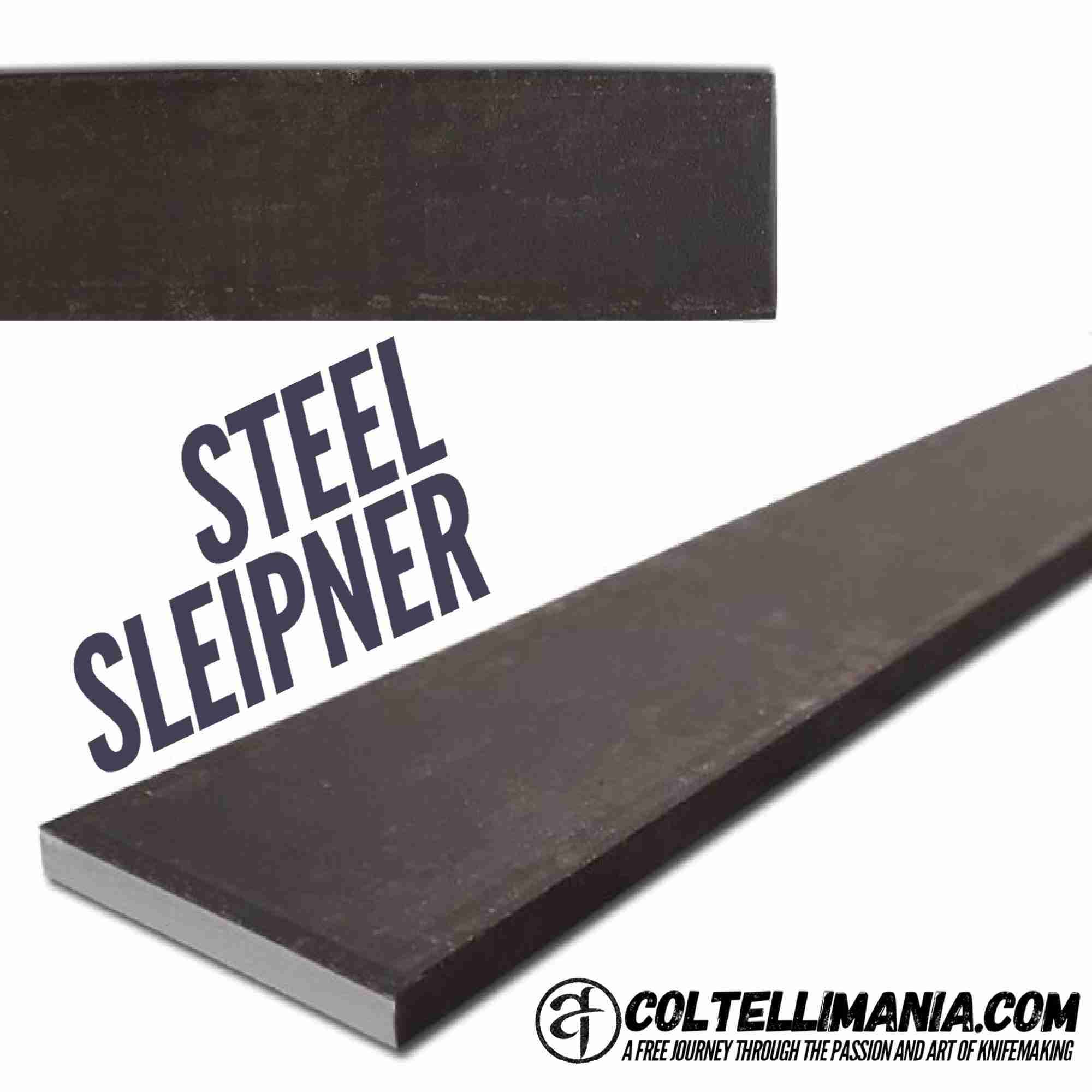 From my experience using the Sleipner, I found different corrosion resistance behaviors based on the heat treatment process and I made a couple of blades following the data sheets to the letter and they were less resistant to corrosion than a correction of a couple of tens of degrees less on the tempering temperature.

As hardness from the hardness test test you can reach the peak of the curve, last blade made was 62/63 HRC but it is too much for a blade, it is not convenient to go beyond 58 HRC.

As maintenance a drop of oil and so far no trace of corrosion.

Sleipner is an excellent steel, it falls into the category of D2 steels that is, if you want to improve the toughness of the Sverker 21 alias AISI-D2 (they are UDDEHOLM steel names) you switch to Sleipner maybe you lose a little wear, at least 1% of Vanadium the D2 has it, against 0.5% of the Sleipner.

Chromium serves in this case to form carbides and thus give resistance to wear, not to protect the matrix from iron oxide, this must be clear.

The letters PM mean “powder metallurgy”, a process in which molten metals are atomized into small particles, which solidify and form a fine powder that is then heated under pressure to form an ingot. 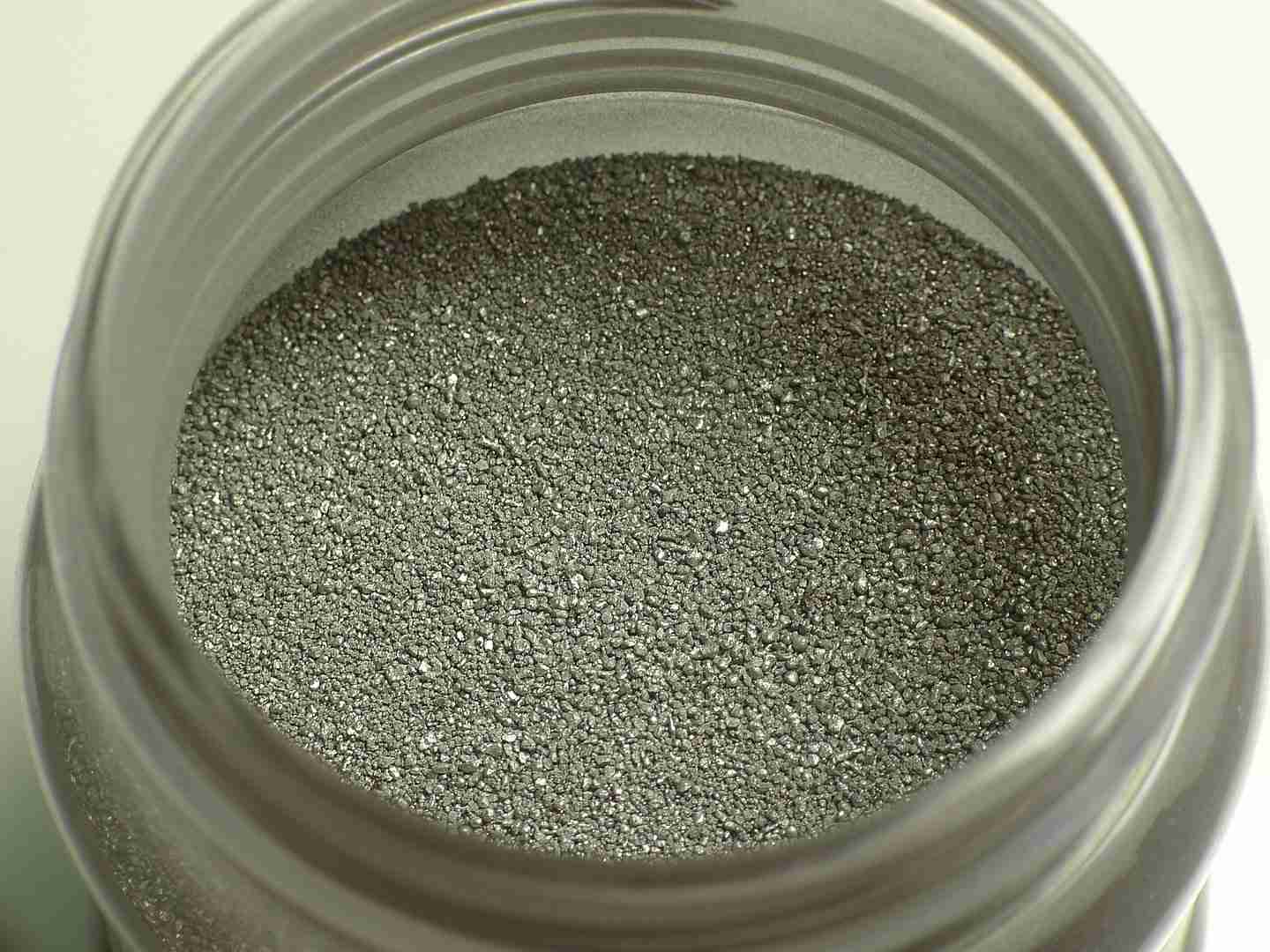 Perhaps the Sleipner loses in toughness, but it wins for wear resistance, therefore a better thread seal.

Toughness can be considered as the ability to absorb energy and deform plastically before breakage.

Corresponds to the area below the tension/deformation curve; in this case, its physical meaning is that of an energy density (international units of measurement: J/m3) stored in the material.

It can also be referred to as the property that indicates fracture resistance in a material in the presence of notches.

It should not be confused with resilience, which refers only to the elastic phase (to low deformations), and not to the entire resistance field (classically composed of elastic phase, yield strength, and plastic phase).

The value is determined by the integration of the deformation energy along the curve by drawing a vertical line from the end point of the curve to the abscis axis.

Poor toughness of a material can lead to a brittle breakage that takes place in the following stages:

So based on the use of the knife is an aspect to consider.

Comparison with other acronyms of alternative steels

This steel produced by Uddeholm, the Sleipner is a fantastic carbon steel with excellent qualities of resilience and tightness of the wire, it can be simplified by saying that it is a steel similar to D2, but with all the increased parameters.

That’s important! I still ask you for a little effort but for me it is useful for the project, click like on the FacebookPage and Instagram Channel.