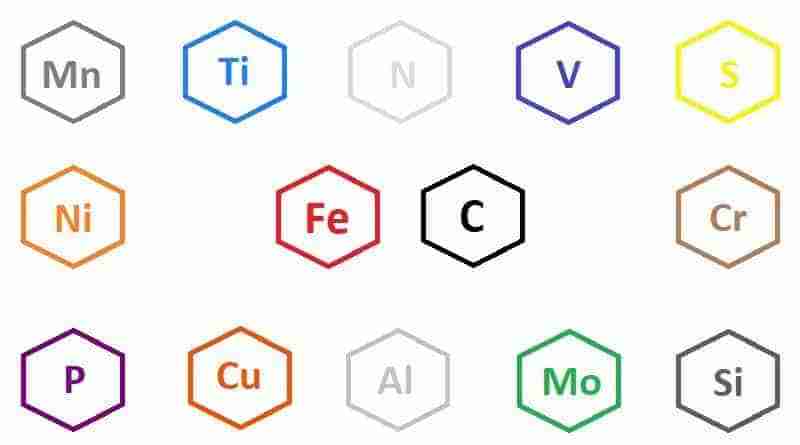 This steel composition table can help you compare and associate characteristics you find in steels that you use with the presence of certain elements with certain quantities.

It is a deeper understanding of the impact that some elements have on the characterization of steel that you like to use or the possibility of further research and experimentation of new steels for knifery.

After the table you will also find a summary of the most commonly used elements in steel production and their impact on the properties and overall quality of the steel. 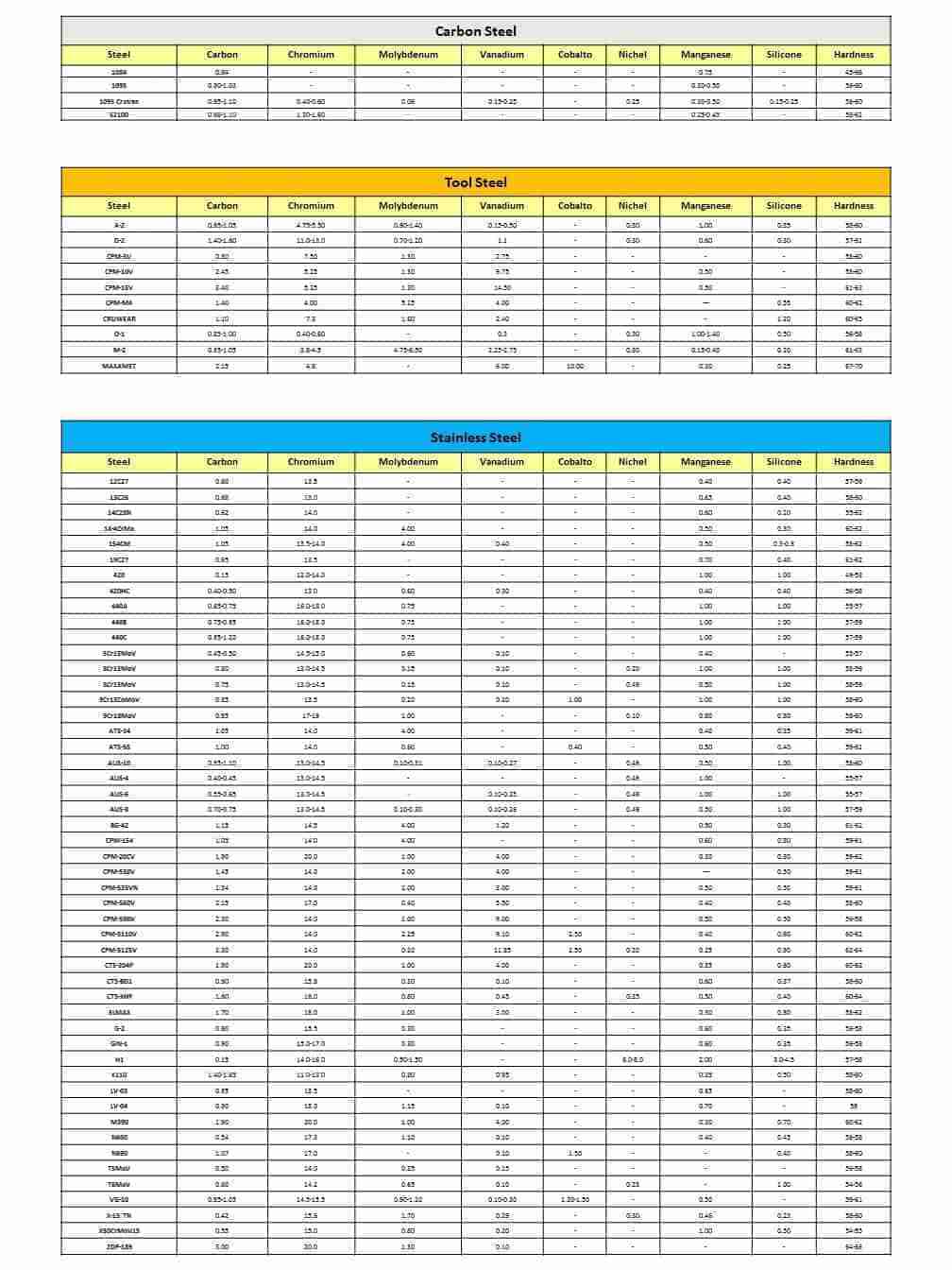 Summary of key elements in the table

This is a useful summary of the alloy elements that are used in the production of knives with a brief description of their impact on the properties of the resulting steel.

This knowledge is essential when you want to have evidence of specific characteristics for a certain type of knife or use target.

You will find carbon in every form of steel.
Essentially, it is the element that transforms the base iron into steel and plays an important role in the hardening process.
Generally with increased carbon levels you get harder steel, improved traction resistance, edge retention and overall wear resistance.
Knife steels are typically described as “high-carbon” if they contain more than 0.5 carbon and these generally do what you want to look for in a steel knife.

However, if manufacturers exceed the top with too much carbon, they can make steel fragile and also increases the propensity to corrosion.

Adding chromium to steel increases resistance to oxidation and corrosion in general.

To be classified as “Stainless Steel” there should be at least 13 chromium (you will see that others mention the 11 or 12 but the 13 is a safe bet).

Chromium is the key driver for carb formation that reduces fragility but negatively affects edge retention.

However, each steel will corrode if left out of the elements for an extended period.

Also note that too much chromium can reduce drag.

The molybdenum increases the toughness that reduces the likelihood of splintering.

It also allows steel to maintain its resistance to high temperatures, which helps reduce the ease with which a blade is produced in the factory.

Like chromium, it is a driver of carb formation, but is typically used in small relative amounts.

Some manufacturers have chosen to add small amounts of nickel to increase toughness and endurance, especially at low temperatures, which essentially limits distortion and rupture during the heat treatment hardening phase.

Many knife manufacturers claim that it also reduces corrosion, but this is often disputed.

Vanadium is another molybdenum-like element that promotes the formation of carbide (the most difficult of all) and adds wear-resistant properties to steels.

Some of the ultra premium steels contain relatively high levels of vanadium and allow for an extremely sharp edge.

Adding very small amounts of cobalt can allow hardening (i.e. rapid cooling to reach hardness) at higher temperatures and tends to enhance the effects of other elements in more complicated steels.

It is not a hard metal in itself, but it certainly promotes the achievement of overall hardness.

Another key element that helps the hot working properties that make the knife more stable during hardening.

As with anything that increases hardness, too much and steel will be too fragile.

Silicon adds to the overall strength similar to the effects of manganese, making steel production much more stable.

However, the real value of silicon is in deoxidation and desolation to remove oxygen.

Oxygen is not welcomed in steel production because it leads to blowing or watering.

The niobio is a grain refiner and a powerful hard metal.

It is used to help the fine-grained structure that helps improve wear resistance and prevent shrapnel.

Probably the best-known knife steel that has capitalized on niobio is the CPM-S35VN which, combined with carbon, has introduced niobio carbs to promote wear resistance and chipping of edges.

The result is a formidable retention of the edges.

Tungsten forms carbs and will tend to improve wear resistance.

It is usually added in combination with chromium or molybdenum for best results.

Sulfur is often considered an impurity of steel.

However, in small amounts, sulfur improves the workability and formation of chips.

Sulfur additions are made in proportion to manganese concentration to control the form of manganese/sulfur formation.

Phosphorus is generally considered an impurity in steels.

It can be found in quantities up to 0.04 in carbon steel.

In hardened steels it can create fragility.

In high-strength steels and lower alloys, phosphorus can be added up to 0.10 to improve resistance, hardness and corrosion resistance.

Nitrogen can be used instead of carbon in the steel matrix.

Increases resistance to localized corrosion, especially in combination with molybdenum.

The nitrogen atom will work in a similar way to the carbon atom, but offers unusual advantages in corrosion resistance.

Copper increases corrosion resistance and can promote the hardening properties of precipitation.

It can be added to reduce the hardening of work in steels designed to improve workability and improve formability. 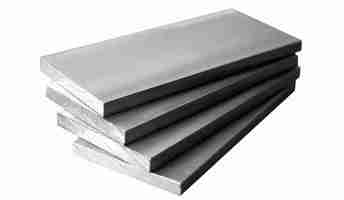 As I anticipated to you at the beginning of the post, this type of knowledge can be useful to make a comparison and associate characteristics that you find in the steels that you use with the presence of certain elements with certain quantities.

It is a deeper understanding of the impact that some elements have on the characterization of steel that you like to use or the possibility of further research and experimentation of new steels for knifery.

I hope that the steel composition table will be useful to you.