The Angel of Knives 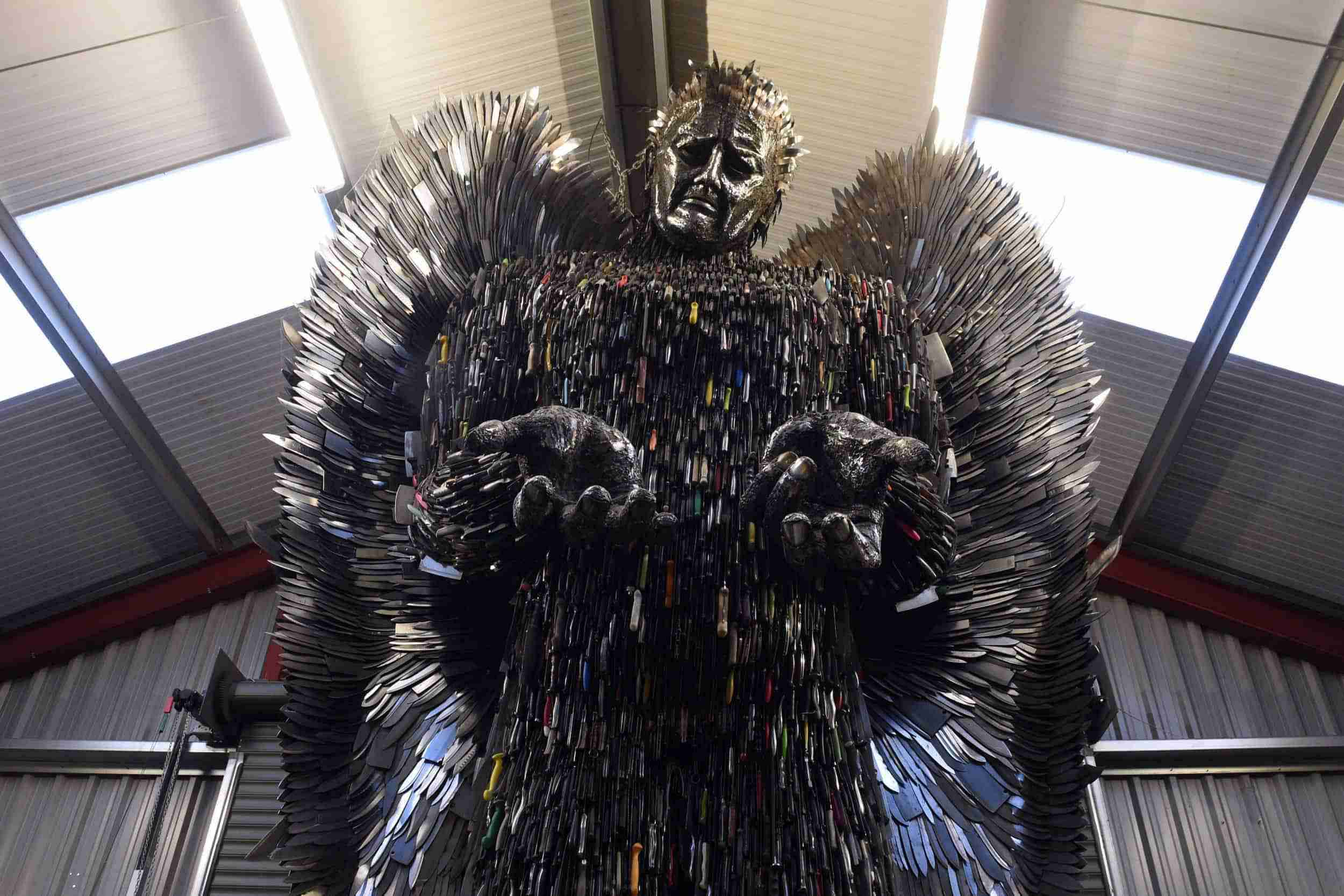 The Angel of the Knives is an artistic work made of knives and found in the United Kingdom.

The English artist
Alfie Bradley
who has spent the last two years creating “The Angel of knives“, a sculpture almost 7 and a half meters high composed of 100,000 knives seized by the police.

The work was set up to raise awareness of the UK’s rising crime rate.

The comparison that comes spontaneously is with the TV series “Game of Thrones“, which in the mythology of the famous TV series would be composed of 1,000 swords conquered from the enemies of the king.

But theAngel of the Knives is much more impressive, if only for its size.

The idea of building The Angel of Knives

The idea would have come after Bradley and his colleagues watched a documentary about knife offences in the UK, and decided they wanted to do something to raise awareness of the problem. 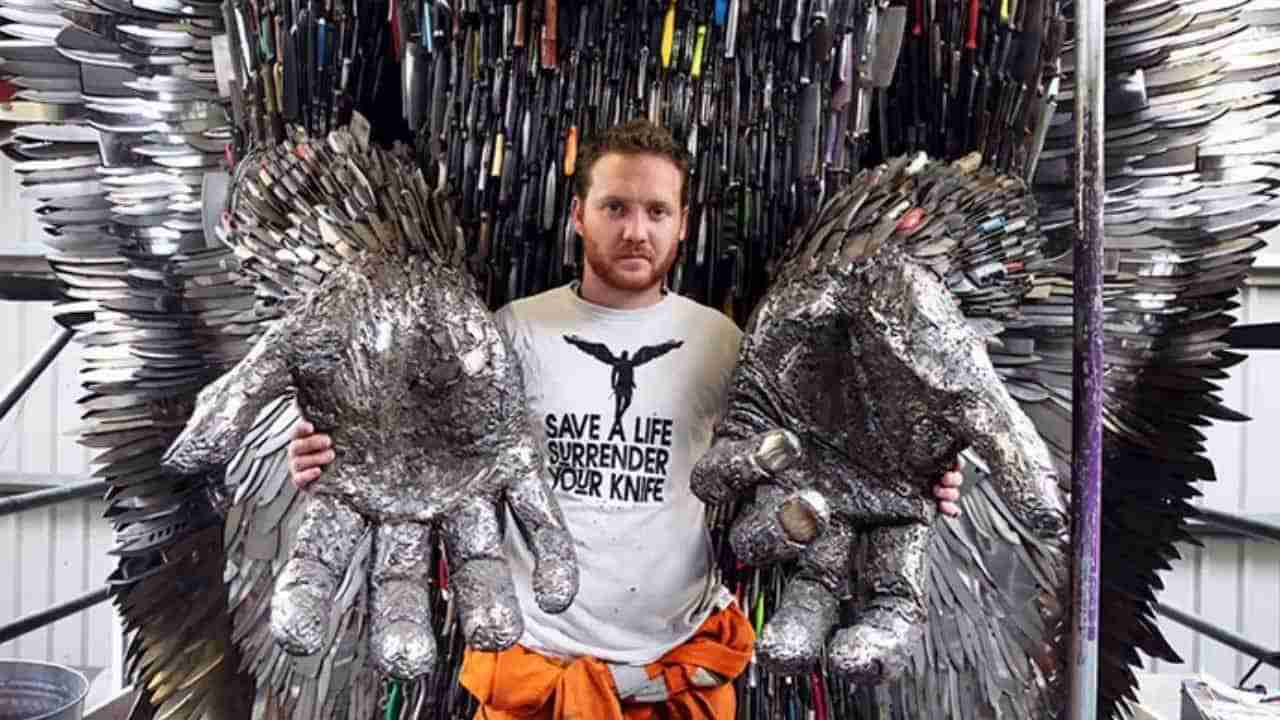 The work to create the Knife Angel was important and very long.

Clive Knowles, director of the British Ironworks Centre, however, also puts the emphasis not only on the artistic work but on what the police do for the safety of citizens:

“It was a huge effort. We interfaced with 43 police forces. But many people only see the finished project, but they don’t see the great work that is to take these thousands of weapons off the streets.”. 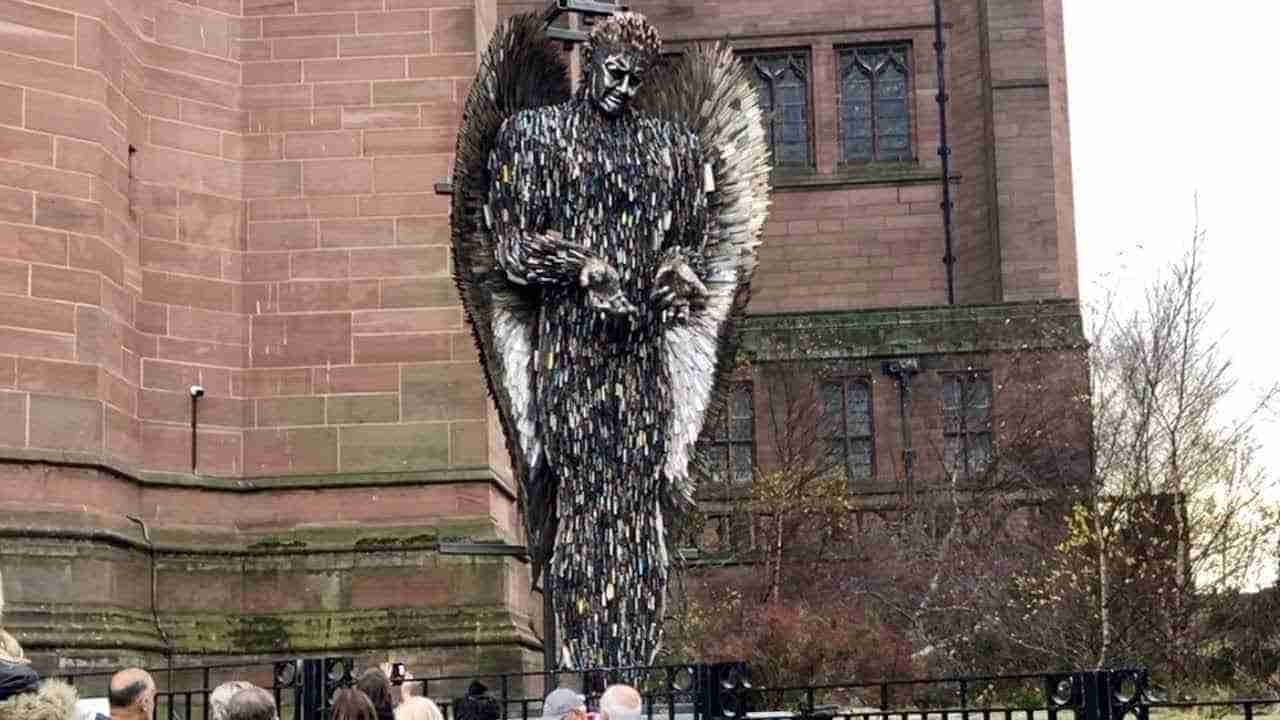 However, the reaction of the victims of crimes with cutting weapons, and of their families, was divided: some, including those who lost a family member due to a stabbing, said they were enthusiastic about the project, while others strongly opposed it.

Cheryl Evans, whose son was stabbed to death in 2004 commented:

“An angel is pure, a knife is the creation of the devil for the death of our young people and for those who use them to put an end to innocent lives. I don’t want and can’t support this idea”. 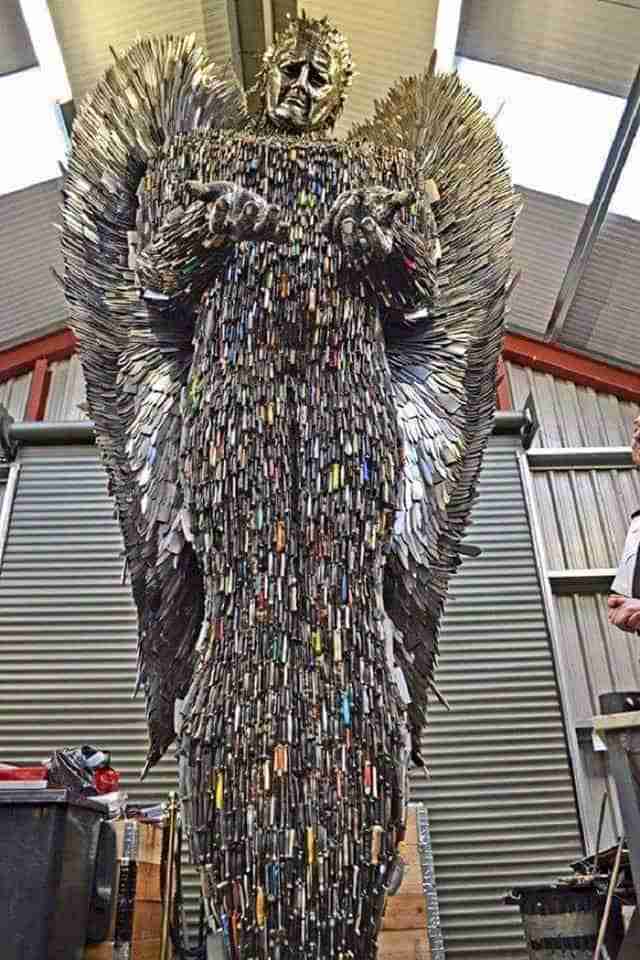 The knife in this case becomes artistic expression beyond the object itself turning into a work of art in some ways macabre but that despite the discordant opinions and opinions remains significant of how the knife remains a widespread object for many purposes as in this case objects seized from criminals.