The butterfly knife is an Italian invention The butterfly knife (also called balisong or in English butterfly knife) is a knife of Filipino origin, so called for the particularity of the handle, which is opened in two parts longitudinally, to discover the blade.

Also called “the container of power”, the balisong is a knife with incredible characteristics.

As mentioned, the peculiarity of the butterfly knife is in the handle that opening longitudinally allows you to discover the blade, almost always monofilare. 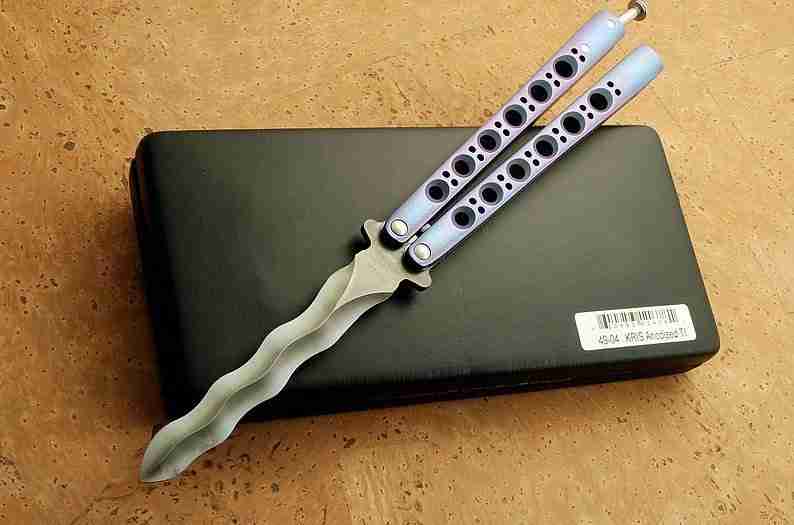 The opening of the butterfly knife is made so that it can be performed with one hand and with a little exercise you can do it very quickly.

The butterfly knife and self-defense

The extraction of the butterfly knife and its rapidity is a key element when it comes to personal defense and short fencing.

In addition the closed knife can be used as a Palm Stick or as a Kubotan. 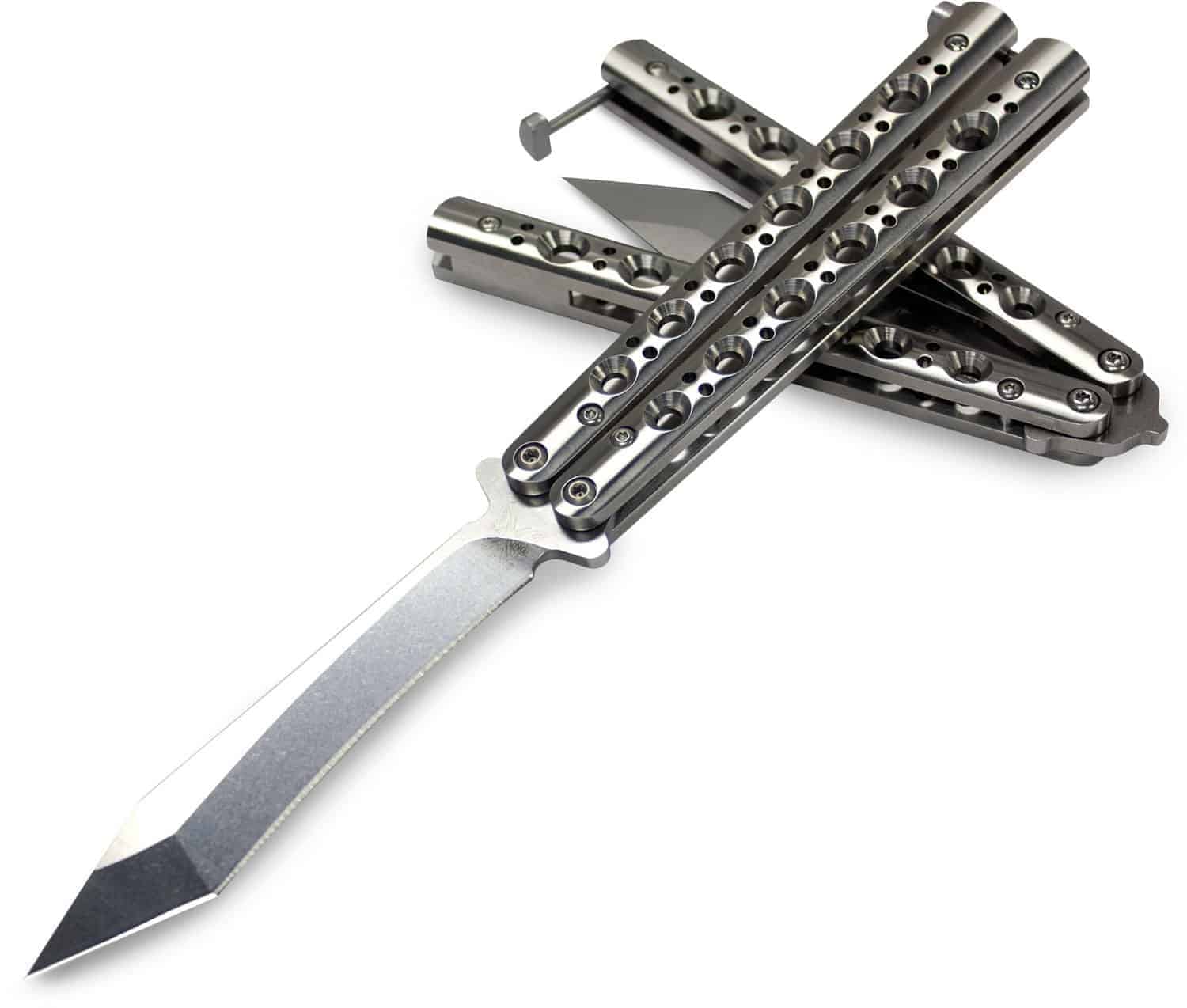 Curiosity of the butterfly knife :

✔ The Balisong is one of the traditional weapons of kali, a Filipino martial art, but it is a very widespread knife in Southeast Asia.

As you can see from the next image it is made by a few simple elements but requiring for good balance and good accuracy. 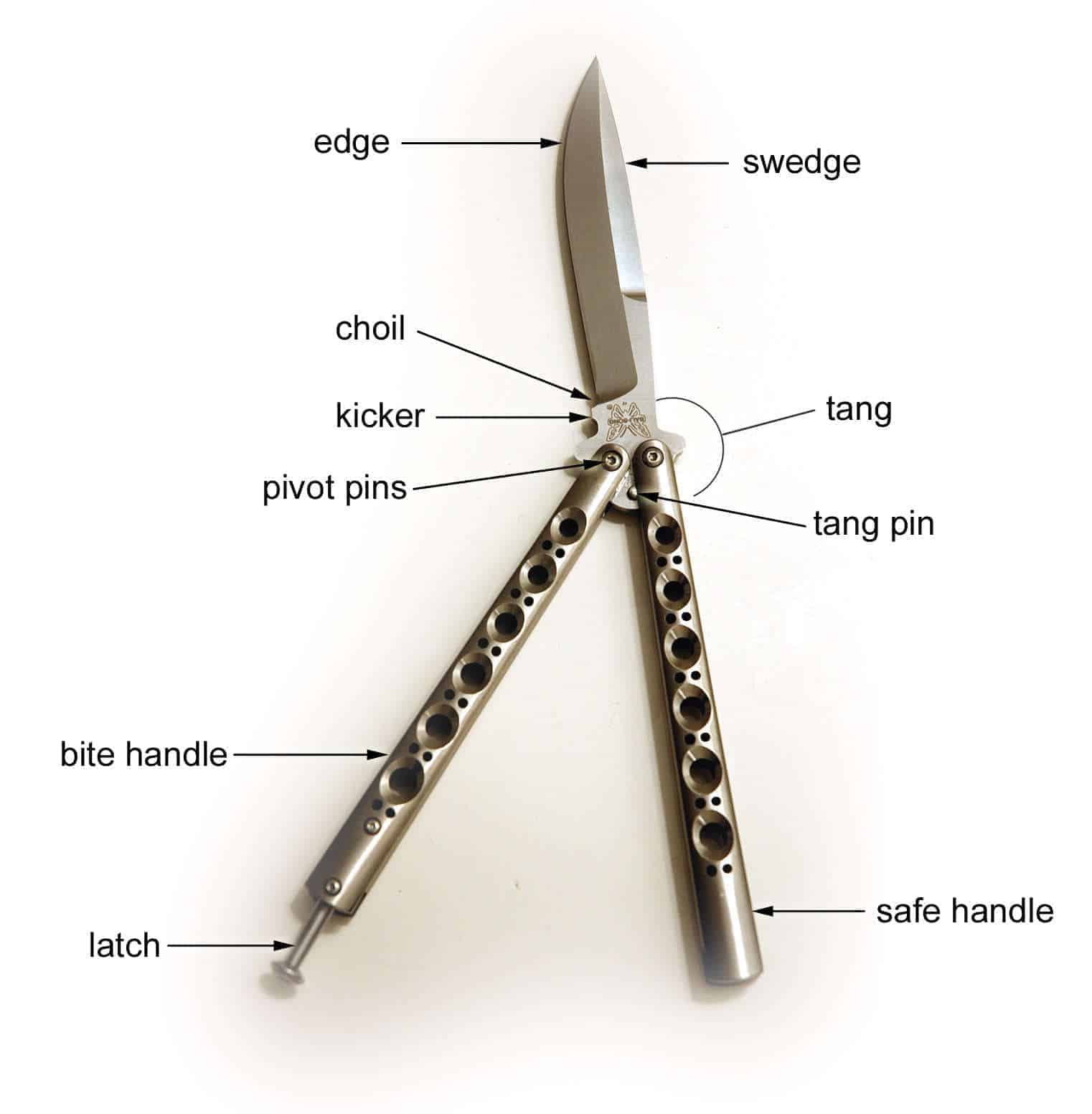 ✔ Given its blade masking capacity and the dangerousness of the blade, the use of balisong is illegal in Japan, Canada, Germany, Norway, Switzerland, Hong Kong and the United States.

✔ The balisong actually comes from a knife of French-Genoese origin. (again the Italians ;-))

Although it is now a widely held view that balisong is a knife born in the Philippines, it is actually of French-Genoeseorigin.

It was in fact a knife used by naval gunners since at least the 1700s.

There were several notches on the handle, useful for adjusting the cannon’s rise while its tip was used to prepare the ignition and to carry out other routine operations.

The design of the knife, designed to be opened and used with one hand, was particularly useful to be used in service on ships.

A specimen of this knife, dated 1791, is on display at the Musée de la Coutellerie in Thiers, France. 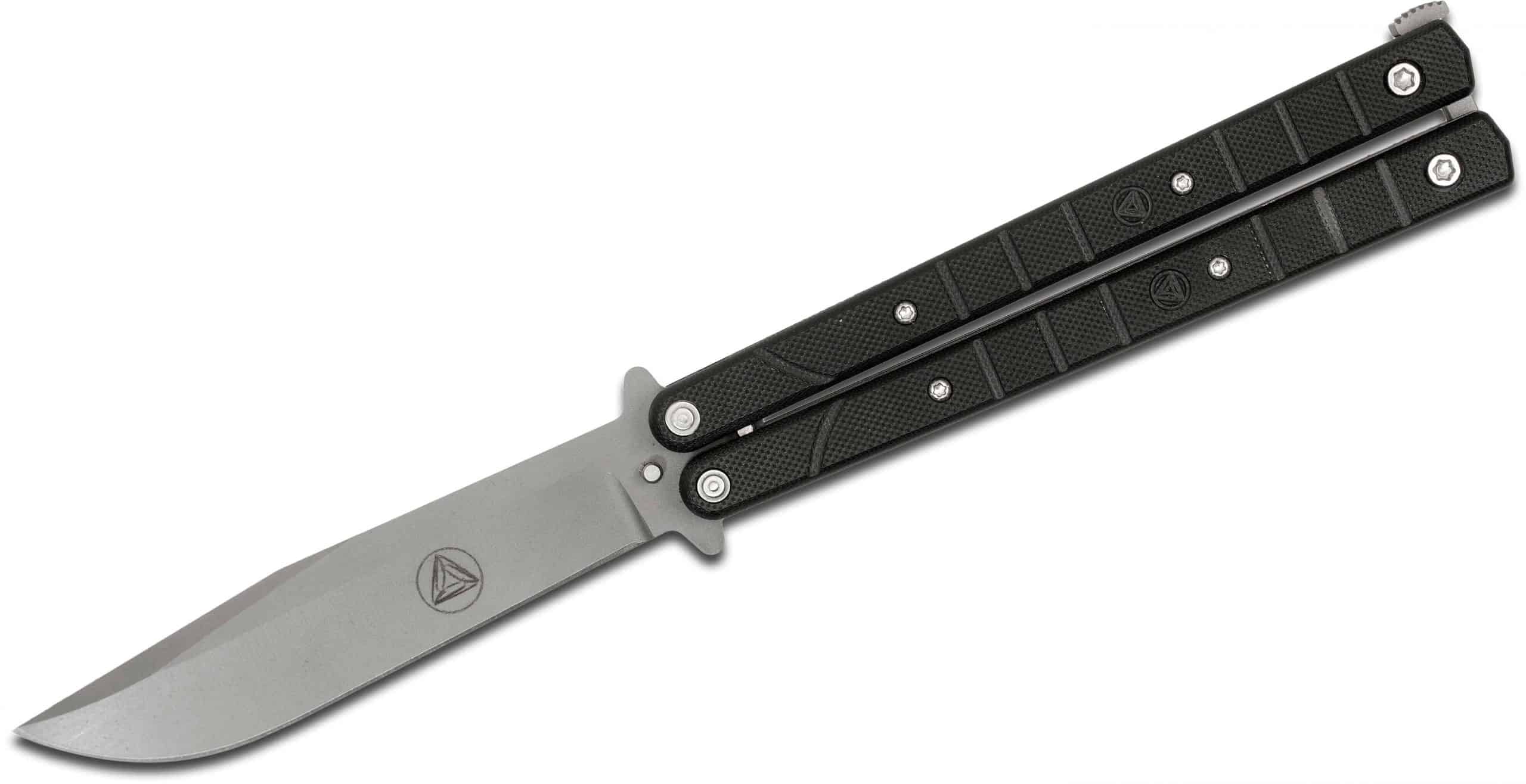 ✔The Butterfly knife, Papillon or Balisong or even Butterfly in English arose in the 16th century, in the Philippines.

Invented by a soldier gunman on the occasion of the Spanish invasion.

The Spanish conquistadors had forbidden the population to carry weapons to limit the risks of rebelling.

This knife, which at first resembled a Castiler range, was easy to conceal and went unnoticed.

Gradually, manufacturing has evolved towards the form we know now. 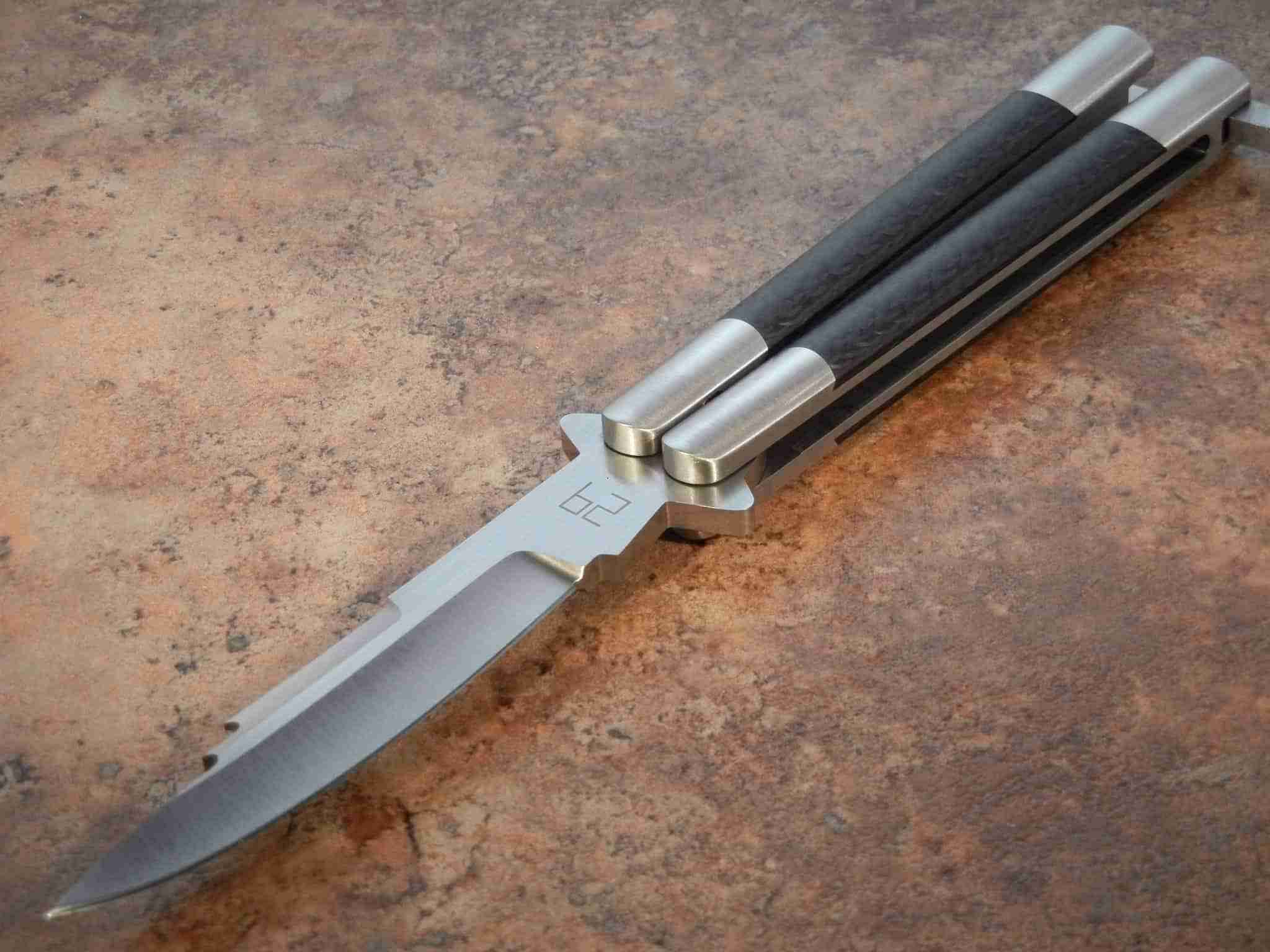 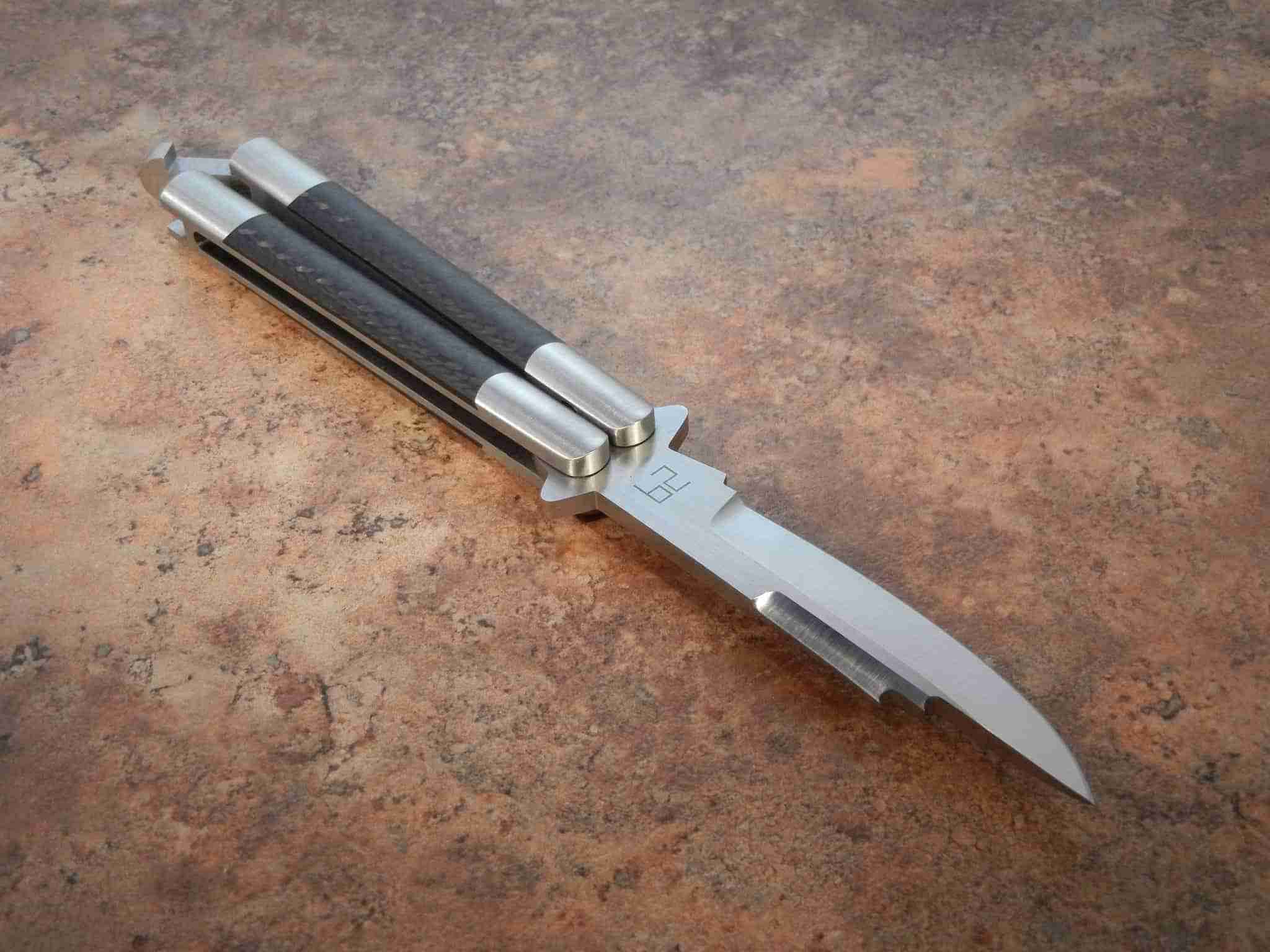 ✔The Balisong is made with different forms of blade and sliding systems to allow a fast and precise opening.

That’s why a lot of opening tricks have developed. 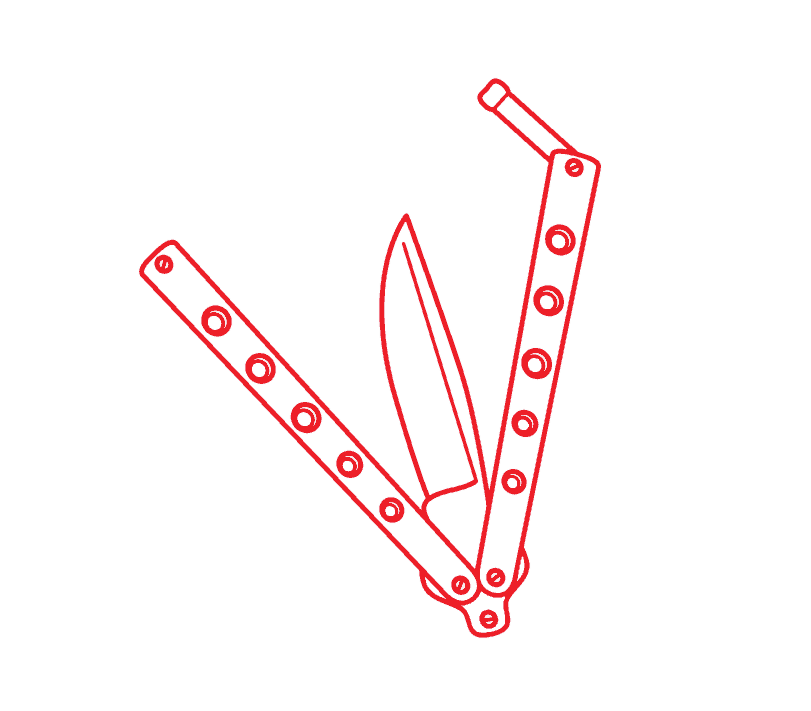 A feature of the balisong is that you can also use it as a kubotan by keeping it closed and if necessary open it.

A not insignificant feature in a self-defense context to have a versatile tool.

On the market there are Balisong training that do not have the blade to be able to practice in the various Tricks even if you need to use the real balisong because you have to be able to control and “respect” the blade.

At first to avoid cutting yourself you can also put tape on the blade. 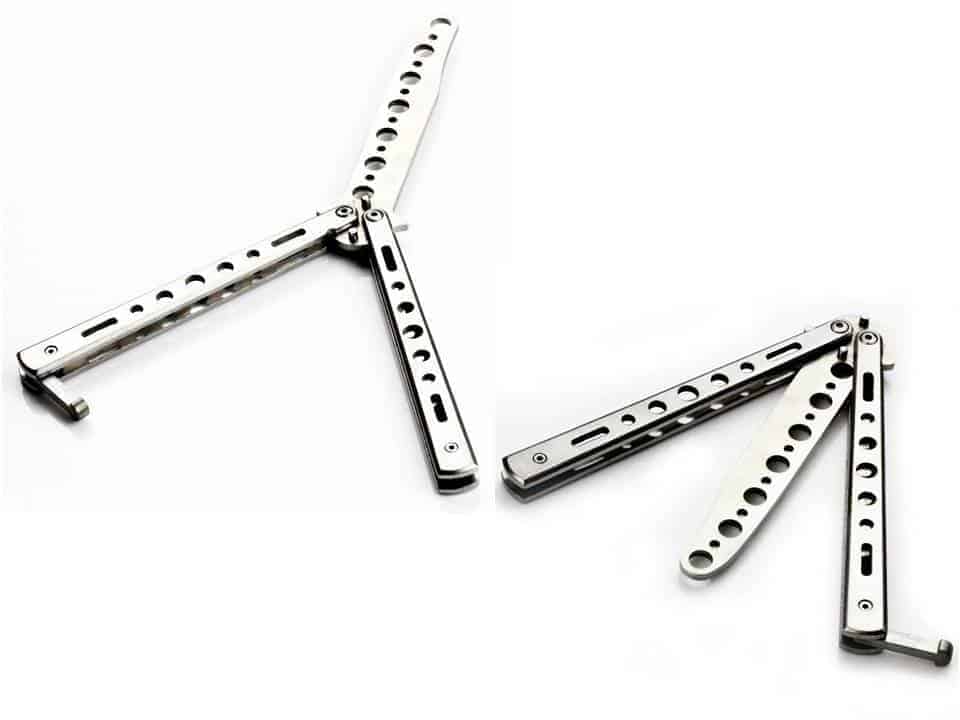 It is a knife with incredible features and represents an incredible versatility in use.

Today there are several ways to hold the blade both in the opening and closing position with double pins, single pins or even without pins.

Definitely a knife to study if you like it for its features.