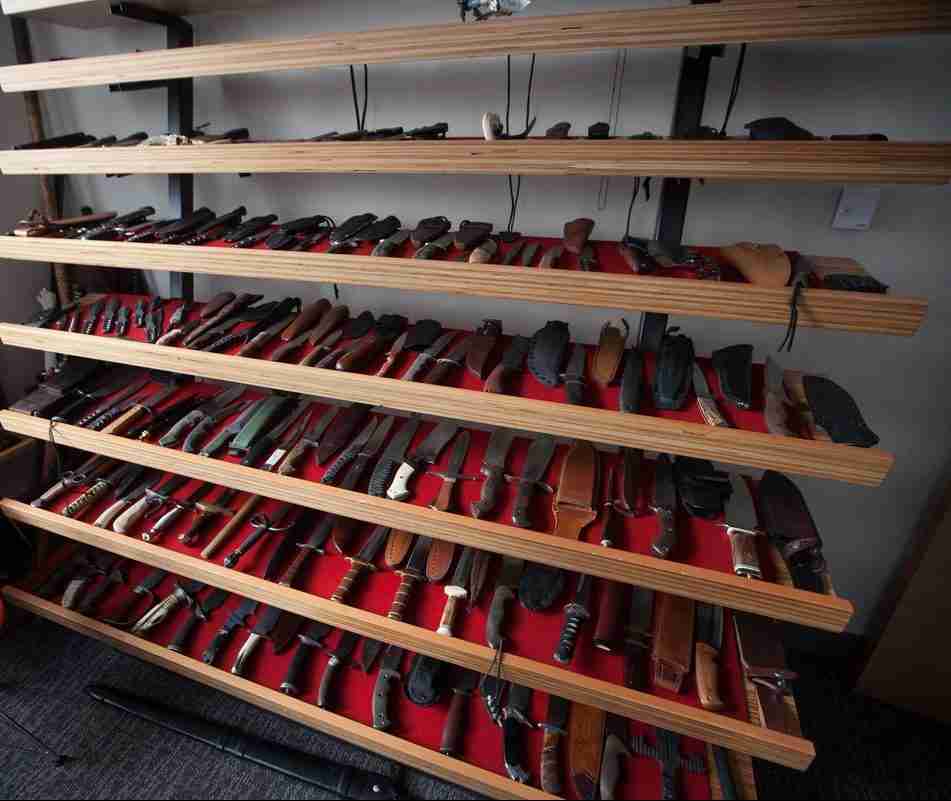 The knife collector, to hear it this title looks like a title of a yellow book but it is actually a passion similar although less widespread to the collecting of paintings, works of art, typewriters, pens, etc. but which has an increasing number of enthusiasts.

It is a very lively niche in the world of collecting, a mix between passion but also for those who are more inside the exhibitions of real professionals who invest and list the works of the best makers and betting on emerging ones by building a real niche market like that of paintings.

Knife collecting is a form of collecting aimed at the world of knives.

Collecting knives is an almost atavistic practice for many people that begins with the passion for simple knives and over time becomes a search for some increasingly refined and demanding even if not for playful purposes.

In my own way I am a collector of knives in the sense that I like to create the knives I like, although over time I have made myself some gifts by buying knives from some famous maker that I particularly like for two reasons:

I’ve never done it with the point of taking a knife from an up-and-coming maker at an entry level price in the hope that it will become an established maker and therefore the price of the knife will increase tenfold.

This is the professional collector while for me it is more of a “romantic” vision.

What interests me is that they like my knives and sell my knives or help sell the knives of some friend maker, because in principle if not out of necessity I would not sell my collection of knives. 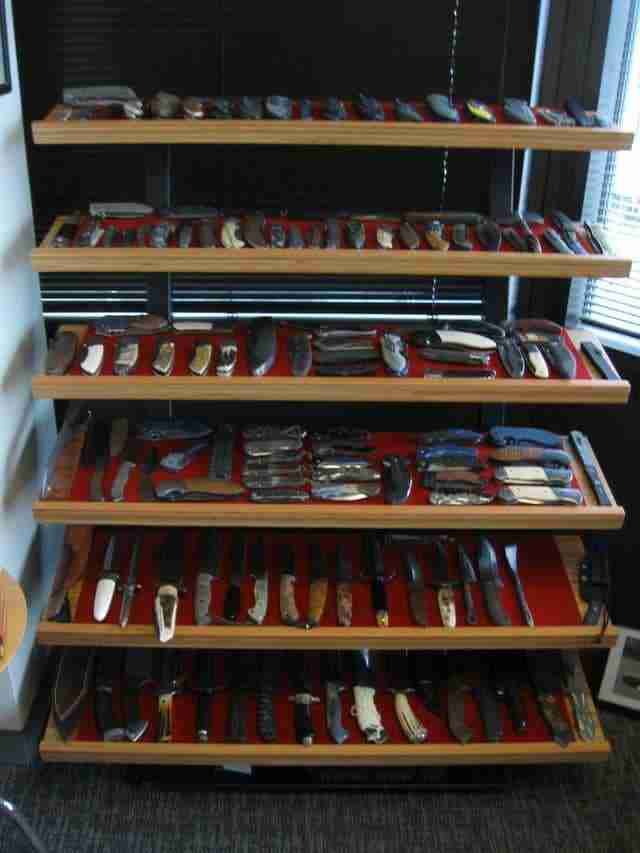 For money, for hobbies or culture

Knives are usually collected in collections for different purposes:

These latter types of collections are often curated by public bodies and museums although it is very common to find private collections of knives of the highest cultural value.

This usually happens when there are people who have cheap availability and great passion for the knife.

It is very common, among private knife collectors, to collect pieces of a certain market value and a certain rarity, this fact has provoked an evolution of this form of collection that has also influenced the production of some small industries and numerous autonomous knives that have privileged, in their productions, the limited series and the unique pieces besides of course the additions of valuable materials such as damascus steel for blades and the use of and precious stones for the handles.

So as you can imagine they are very manicured knives stylistically in detail and also embellished.

It is not difficult to find on the market knives of valuable craftsmanship and consisting of the rarest and most extravagant materials such as fossil ivory handles or meteorites and enriched by engravings of famous chisellers or by particular drawings on bone or ivory called scrimshaw.

This fact resulted in the birth of a particular type of knife called “collectible knife” because it was not born to be used as a tool but exclusively to be collected.

These particular knives embellished and cured by refined processes are also commonly called with the term borrowed from the American language: customknife .

Knife collecting is a widespread practice especially in the United States of America which is the leading country of this activity.

But in recent years even in Europe the knife collector has become a recurring activity and in Italy has distinguished itself in this.

In Italy there are many enthusiasts and two specialized monthly magazines (Author Blades and Knives) as well as numerous exhibitions and rallies in many regions among them stand out Arresojas also called biennial of the Sardinian knife that takes place at Guspini (CA) in Sardinia,
the CIC show
in Milan, the Culter Expo of Novegro in Lombardy and the exhibition of Roccagiovine in Lazio sponsored by the A.I.S.C.A., The exhibition of Pisa & Livorno,but it is full of minor exhibitions but not because of the quality of the knives involved.

Knife collecting is spreading and the knife collector is becoming increasingly prepared and demanding in listing the various knife makers and masters. 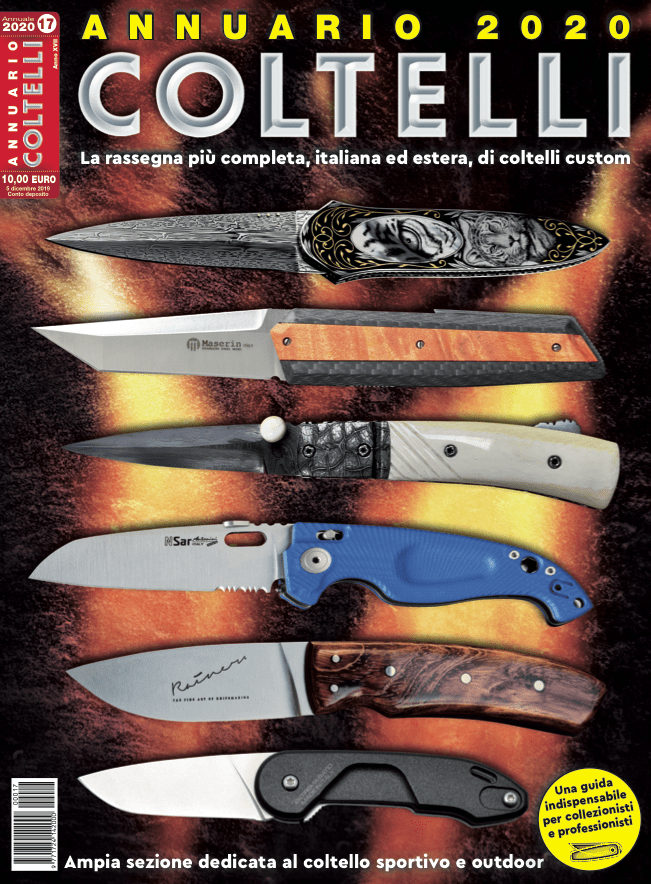 Angelina Jolie doesn’t need many introductions and has a respectable career behind her (oscar-winning and Golden Globe-winning actress, a producer, director and screenwriter, special envoy of the United Nations and the High Commissioner for Refugees, as well as a person who loves other human beings. 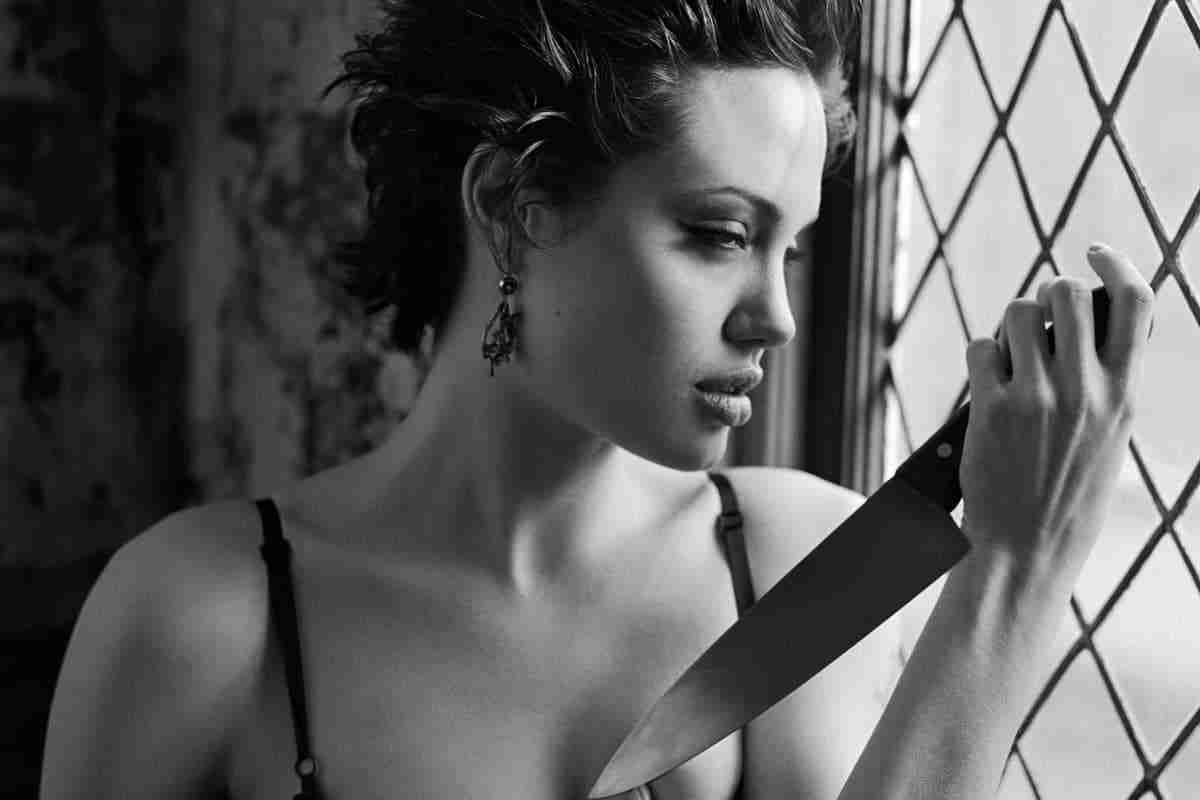 His love for children is universally known: he has six in total (three adopted) and there is no denying that Jolie has been adept at putting together fame, fortune and family over the years.

But there’s another area where he’s trying to hone his collectible skills: collecting knives.

“I’ve been collecting weapons since I was a child” The first dagger was between 11 and 12 years old and became familiar with blades during adolescence. Her fame has facilitated her collection of special blades and now she can boast a rather special one. “They remind you of history and have something beautiful and traditional. Every country has different knives and weapons, which is why I started collecting them. I’ve been doing this since I was a kid.”

The actress was the subject of controversy in 2008 when she bought knives for her still-tiny son Maddox, but stressed the presence of a blunt blade, so much so that it did not pose any danger to him.

He owns many handmade Darrel Ralph butterfly knives and says there is a lot of demand for these types of blades and order fulfillment can take months.

Jolie also has some William Henry folding knives with some custom details for her.

The best knives don’t have very low prices: some are worth more than 20,000euros.

The actress also likes to use knives as subjects of body art and, in fact, has blades tattooed on her back.

Surely the knife exhibitions are a good time to see the knives in person, get to know the maker and be told the story of the knife you saw on the internet maybe on the maker’s page.

Today there are many possibilities to get to know the makers and their knives, to buy knives for their collection of the highest quality and in some cases at really incredible prices.