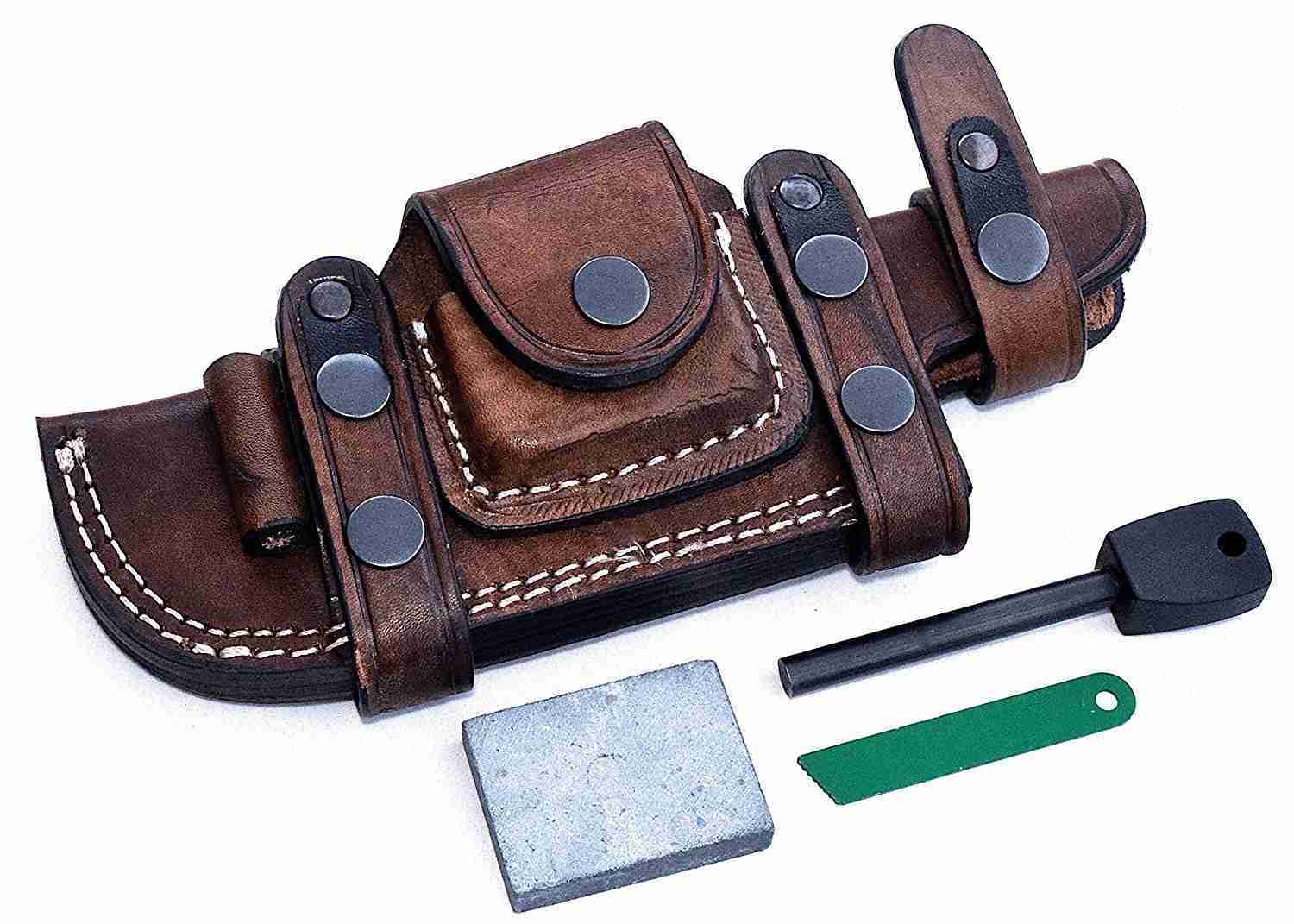 The knife sheath is the knife container and has multiple main functions of safe transport of a white weapon, usually knife, dagger or sword.

In history all cutting weapons were equipped with sheath, knives, swords, axes, etc. were equipped with the sheath that also became an accessory with multiple functions such as carrying steel, or a barbed wire trunk in bayonets, etc.

But one thing is certain, a fixed-bladed knife without a sheath is not easily transportable safely.

Generally the knife shea back leaves the blade handle uncovered and may or may not have a latch system so as not to slide the blade outside unintentionally. 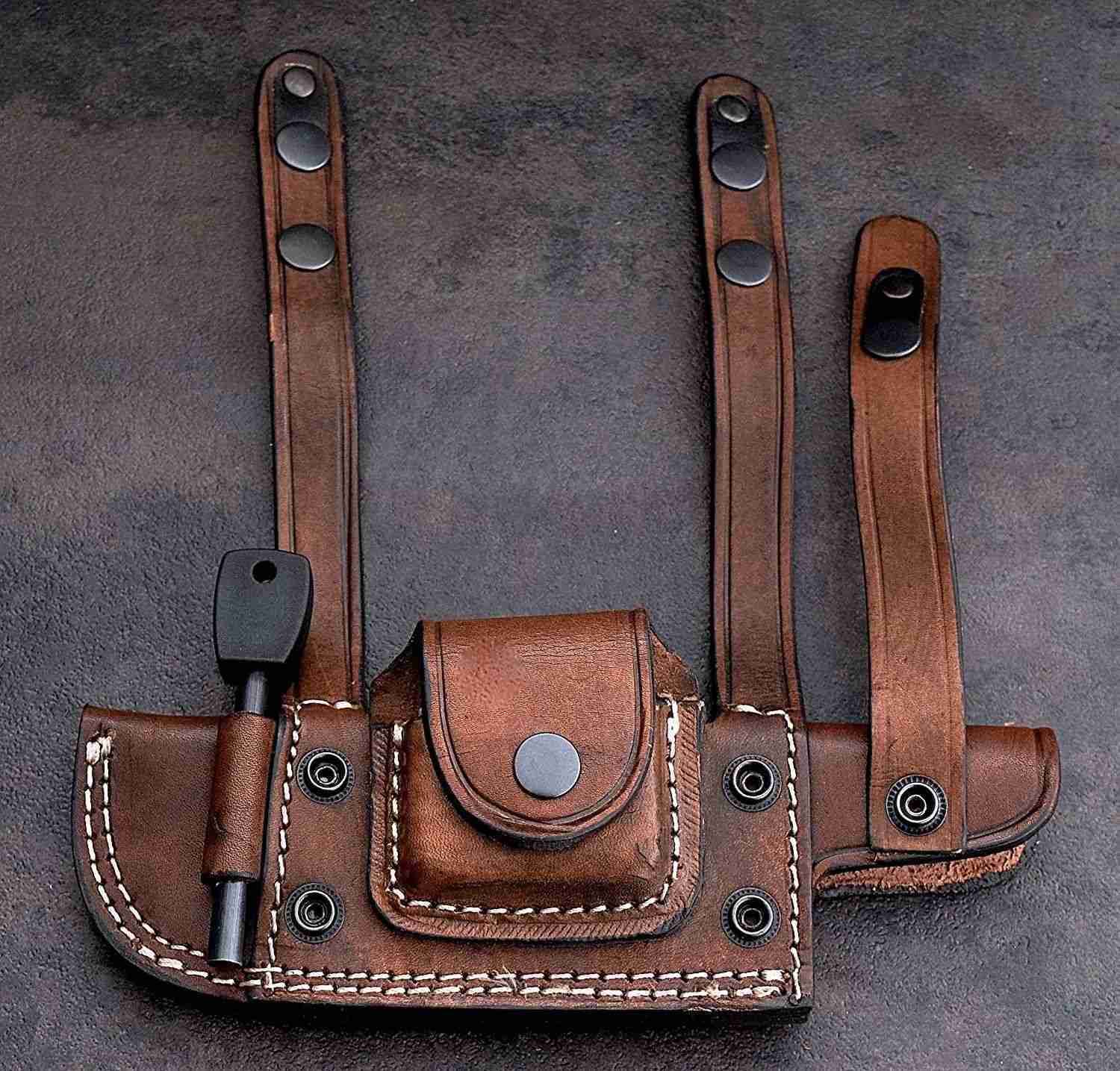 Function of the knife sheath

such as personal defense but one thing that unites everyone is safety during transport.

Even if you’re walking and sliding the sheath must prevent you from getting hurt! 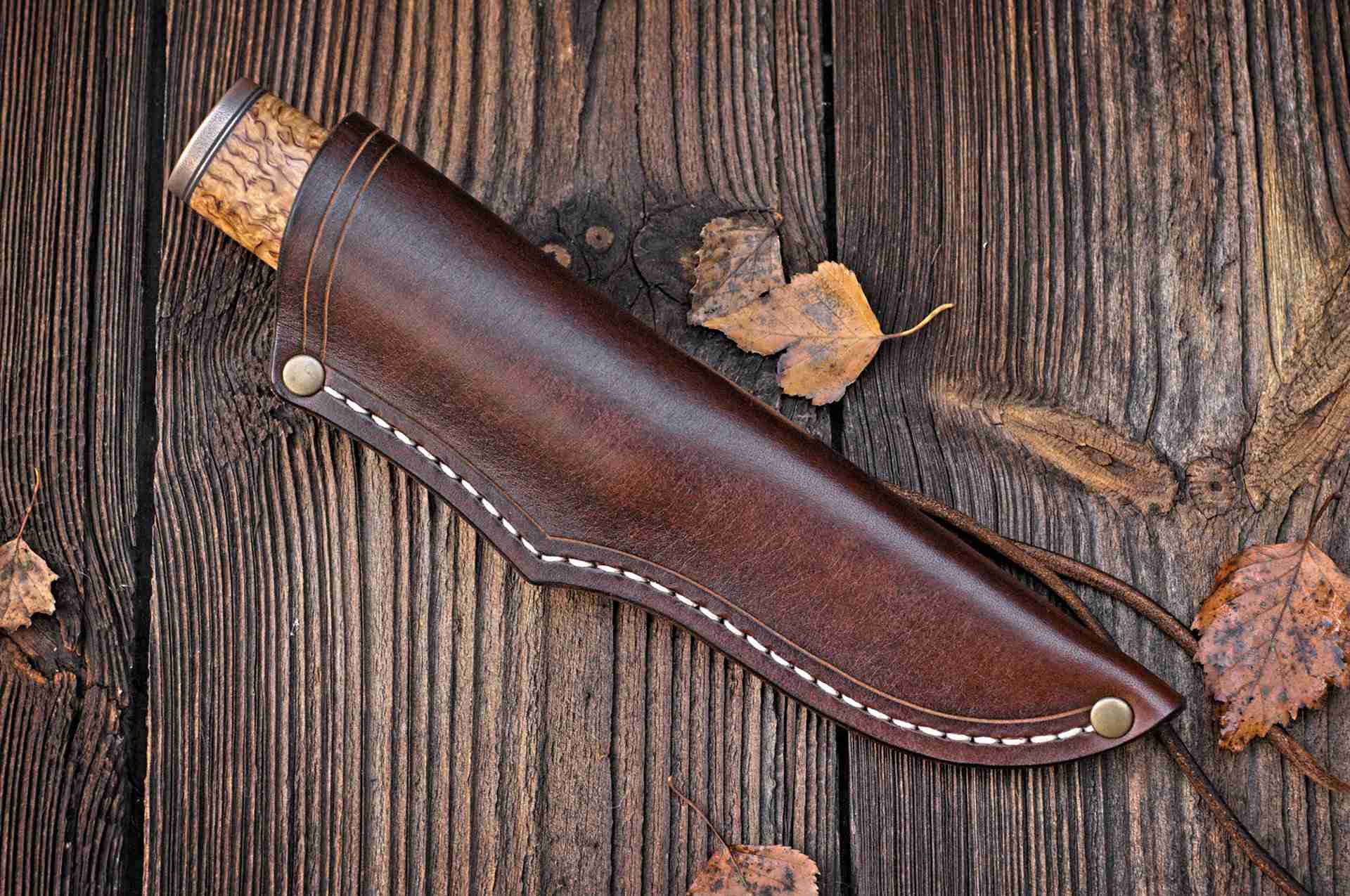 Throughout history, it has been made with various kinds of material, the most used are:

Each material has the characteristics that characterize it and also the different construction costs of the knife sheader. 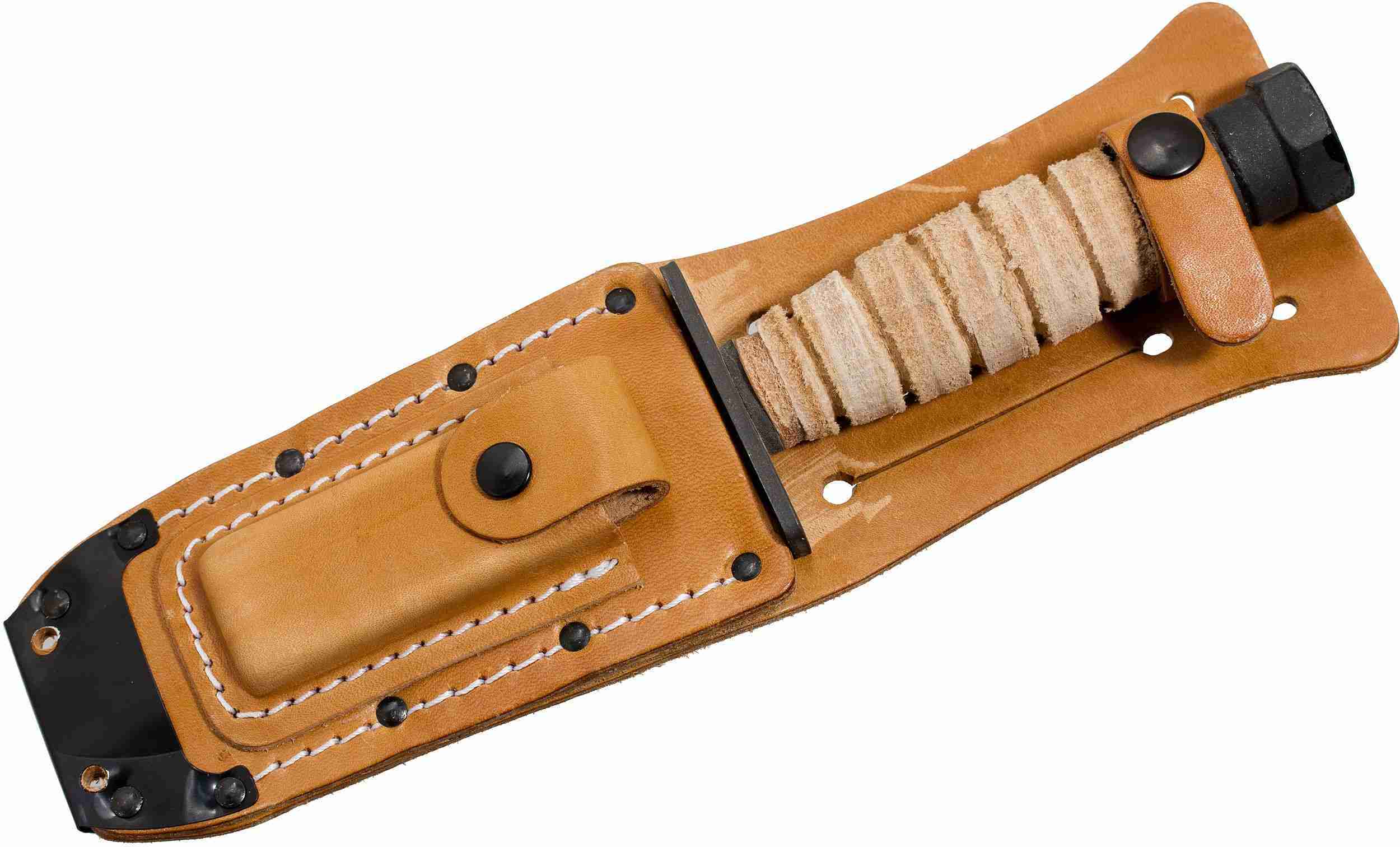 Surely according to the type of knife and the use, the choice of the knife sheath must be evaluated even if in some cases an aesthetic coupling with the knife is sought and that is why it is easier to see a hunting knife with leather sheath and a tactical knife with kydex or cordura sheath. 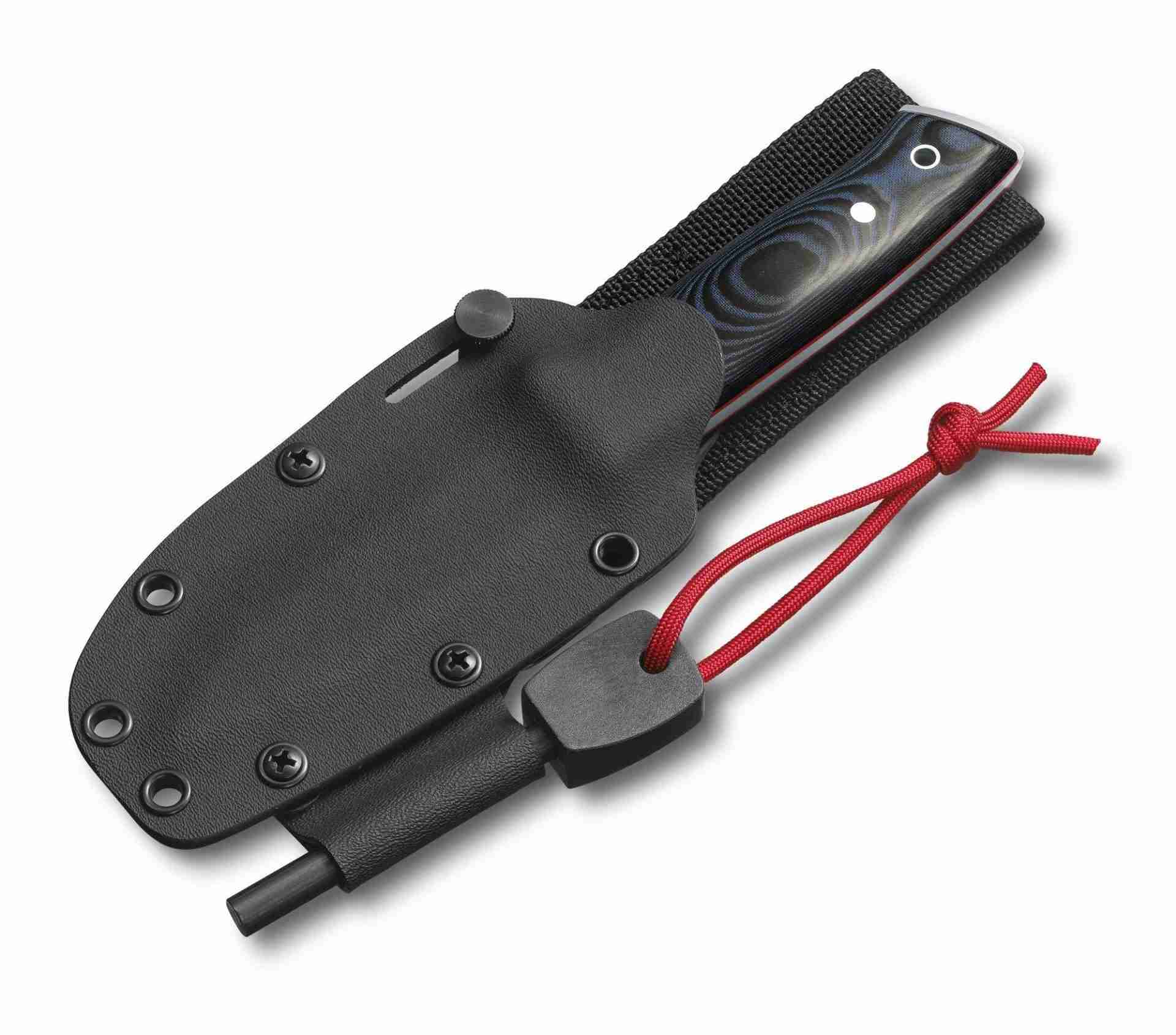 Today we are also beginning to see mixes of very interesting materials to make the cost of making the knife sheader and its captivating appearance.

Passers-by with buttons or push buttons that allow you to attach it to your belt or an M.O.L.L.E. attack in multiple locations or use Tek-Lok passingsystems. 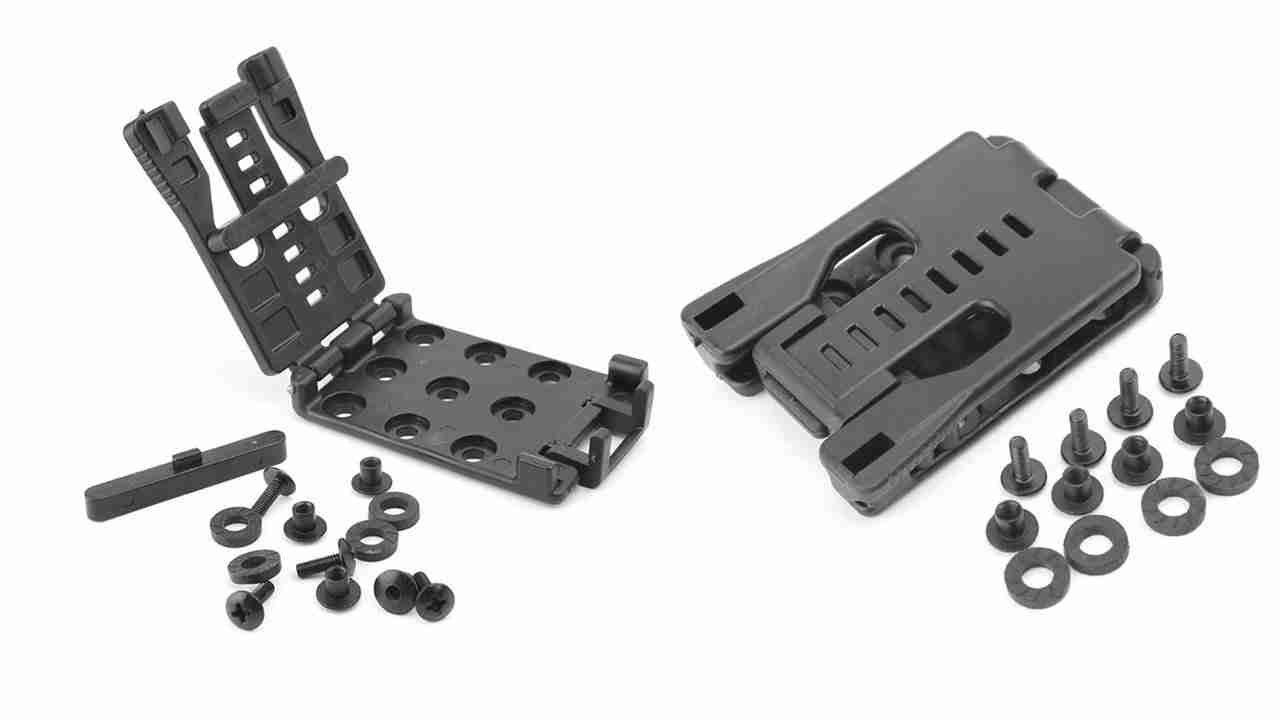 Definitely make a leather sheath even worse if with aesthetic motifs has a higher cost than a lining in kydex. 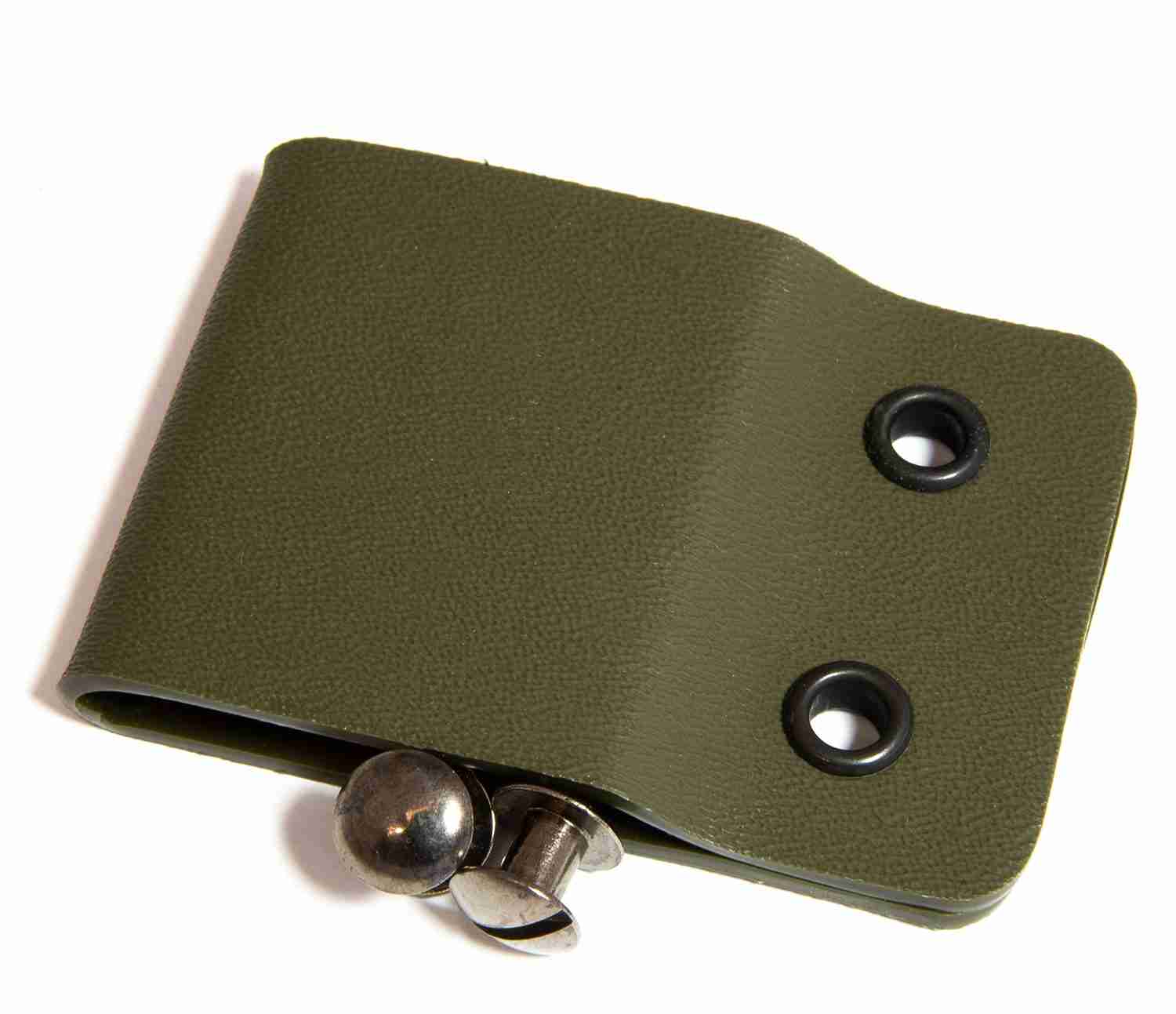 Each knife sheabbing must have a bond with the knife both as a size but also as an aesthetic coupling.

There are more suitable knife linings than others.

In different materials, combined, intarsiate, etc. with different hooking systems, locking systems to increase retention and restraint during the transport of the knife.

Even for the sheath you can have fun with the imagination but it is always important to remember its main function that is safe transport. 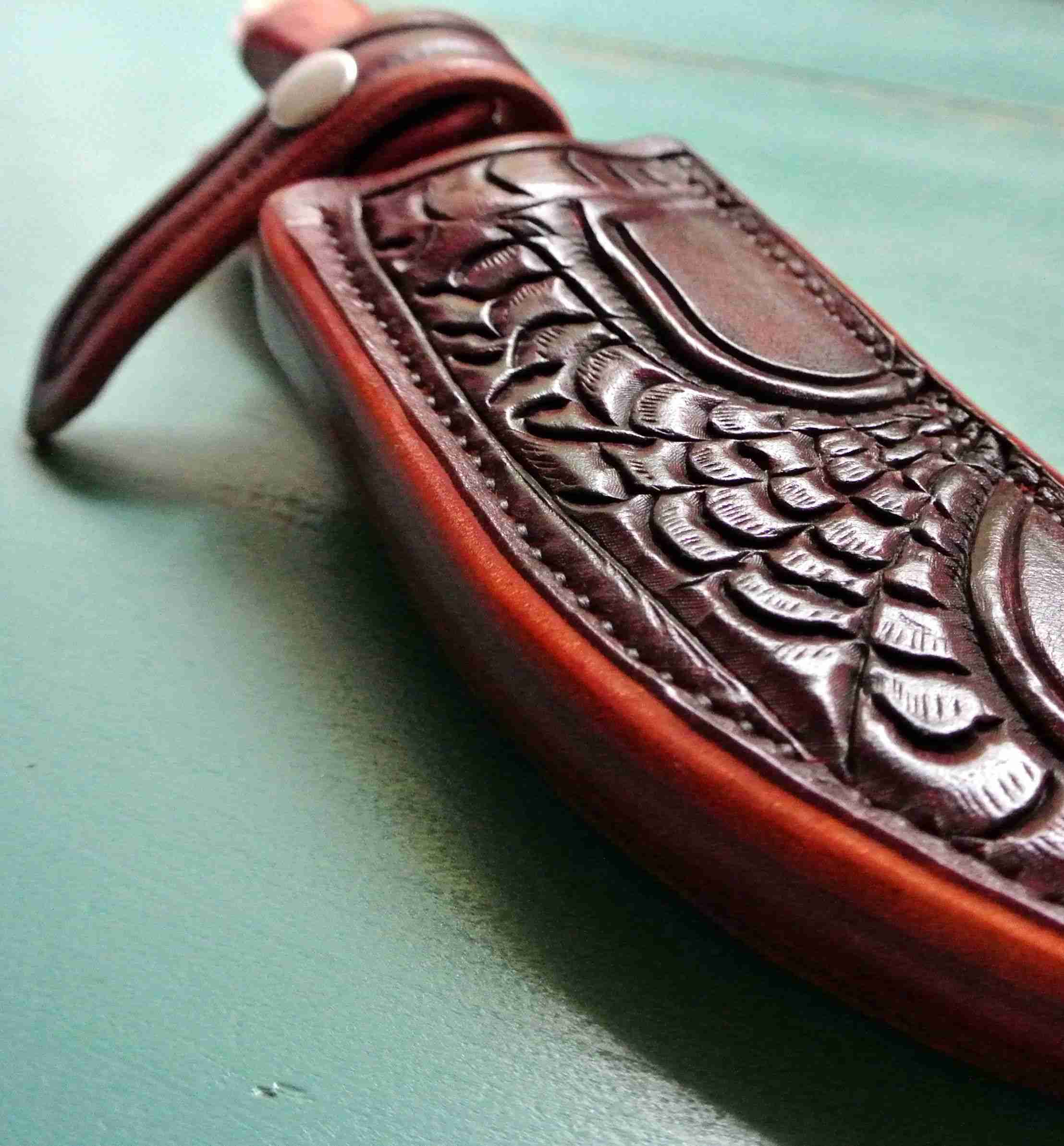 The sheath in modern knives in the military

In the modern theater of war, dominated by firearms, the use of white weapons is reduced to only knife/dagger, whose presence in the equipment of the armed forces bestows specific needs (combat knives for elite troops, bayonets for riflemen) or practical-daily (survival knife).

The linings for the transport of these weapons are made of synthetic materials (plastic and/or derivatives) whose development aims to ensure solidity, limited footprint and lightness and as always safety.

The need to ensure as much mobility as possible to the soldier, and this has led to the realization of linings applicable to different areas of the body (thigh, calf, forearm, chest) through a complex system of laces, webbing and passers-by. 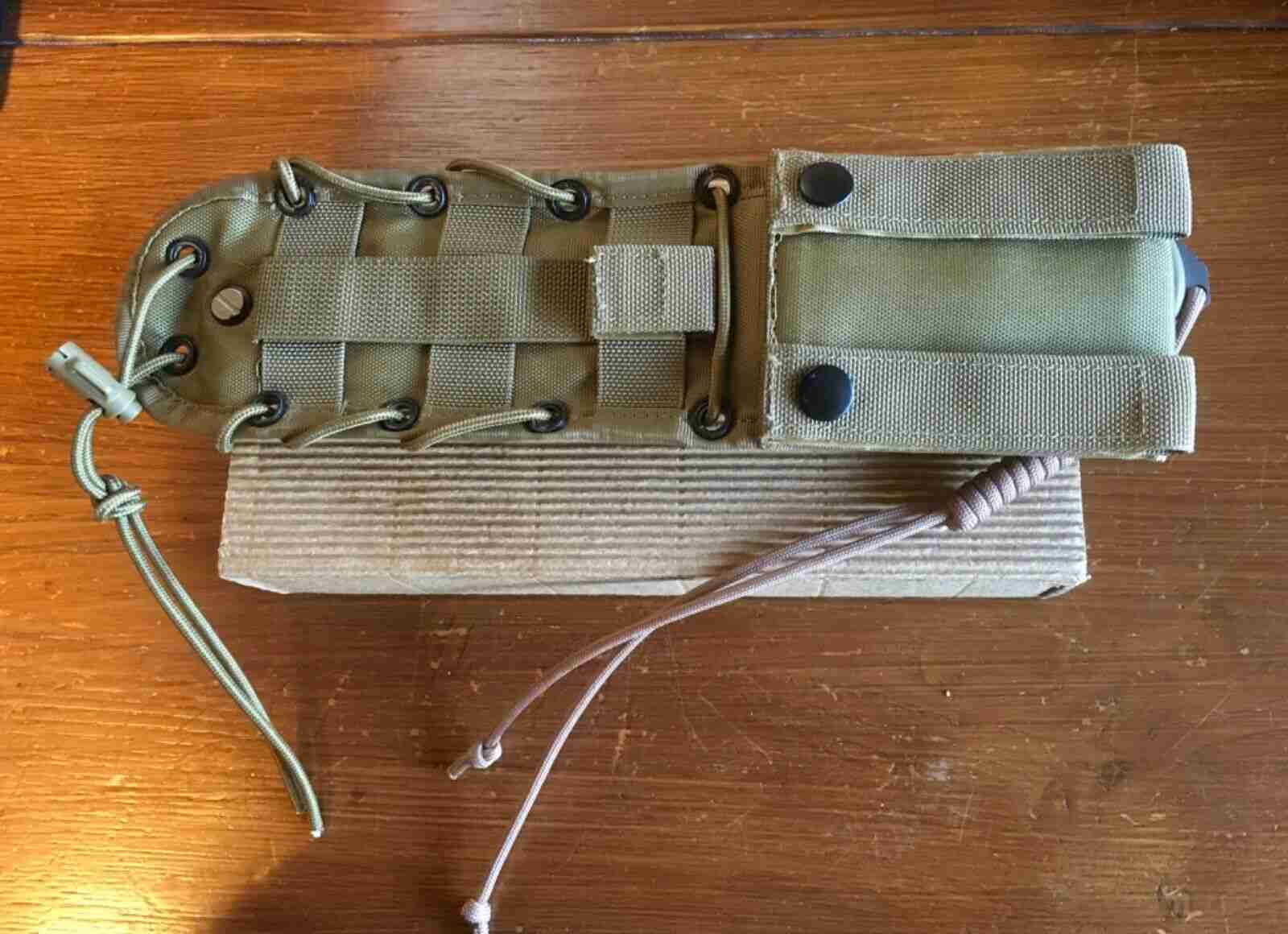 The sheath in modern knives in the civil sphere

In the civil sphere, the use of blade tools is used in the hobby field (sub knife, hunting knife, woodland, etc.) and in some areas of work (e.g. butchers).

The liners for underwater use knives have greatly encouraged and benefited from the developments that have been for the liners for knives for military use.

Hunting knives are usually secured to the belt by a special passer-by at the top of the sheath.

For the civil transport of work knives (e.g. butcher’s knife), legal law in most countries requires the use of plastic sheaths that cover the entire blade to ensure the safety of the transporter and the people with whom he can or must come into contact. 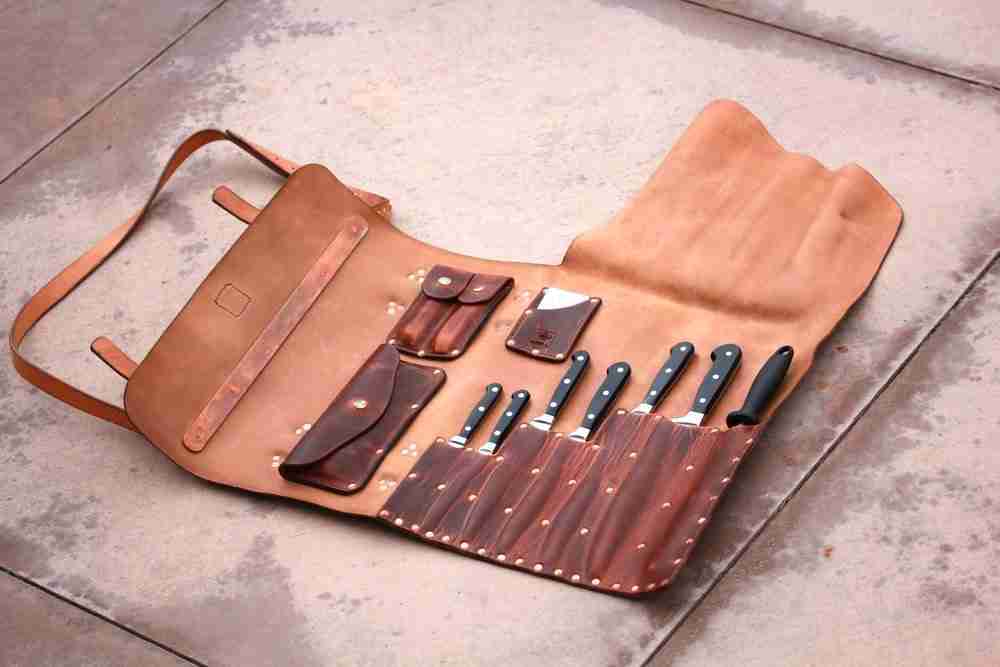 The sheath in the closed knives

Clearly the sheath has a very important function for fixed blade knives, in the lockables has a different function and often obvious from the use of clips or for transport/aesthetic reasons but the safety is guaranteed by the fact that the blade is closed and the aspect on which to be careful is the retention of the knife folder to avoid losing it. 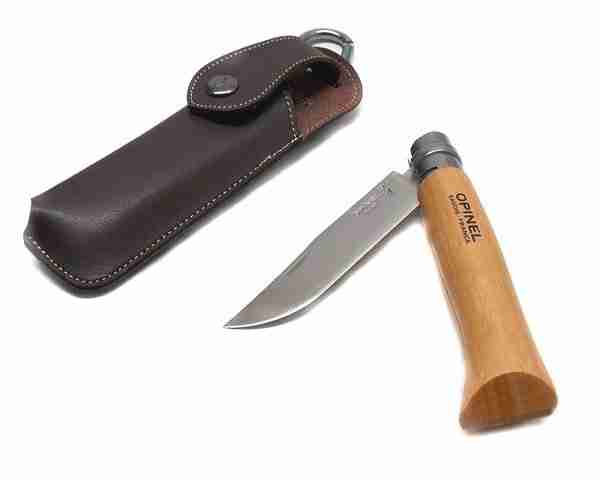 The knife scabbard in history

A brief mention of the linings in history where each culture expressed its symbolism and creativity making them both functional to the weapon (before firearms was fought with cutting weapons) and also real ornaments to symbolize belonging, wealth, power, etc.

Sumptuously decorated in the case of weapons of representation or in the context of warrior cultures (Celts, Ancient Romans, etc.) attributing particular importance to the ostentation of luxury through embellishment of weapons brought into battle, the sheath became in some cases a real work of art then exposed to the public or used to decorate the walls of the noble residences.

The knife shea back has always been a fundamental element!

The construction of the knife sheath

This post is the first in a series on knife linings!

He thinks that some skilled knife makers entrust the construction of the linings to skilled craftsmen to create linings of the highest manufacture and value.

To learn how to make knife linings in addition to the YouTube friend, there are courses at good prices, there are books and as always the availability of super makers who have the pleasure of sharing their passion. 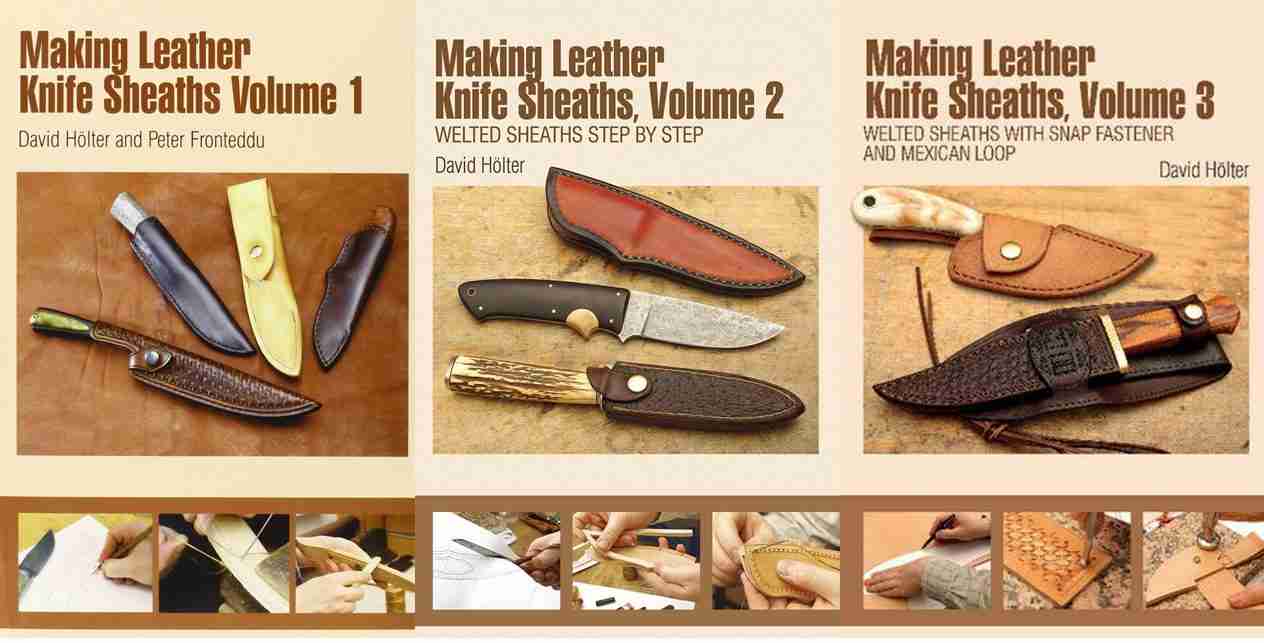 The knife sheath requires proper design and development to be tailored to the knife you’ve made.

The knife shea back has a cost that can not be overlooked in the construction of a knife and for this it affects and in some cases even with a certain value on the final price of the knife.

The knife sheath has a very important function and is clearly even more so for fixed blade knives, in the foldables it has a different function and often obsessed by the use of clips.

Do not neglect the details of a good knife shea back especially the safety and tightness of the blade in place during your movements.

A separate talk is whether it is a knife shea back for personal defense where blade extraction is a very important factor is that you have to consider in addition to the choice of knife, as well as the location and clearly the whole need for testing and training.

Never carry knives without a sheath or a suitable case.

The knife scabbard is part of the knife, it is the container of power!

That’s important! I still ask you for a little effort but for me it is useful for the project, i like on the facebook pageand instagram channel.