The stones for sharpening knives and their “grits” 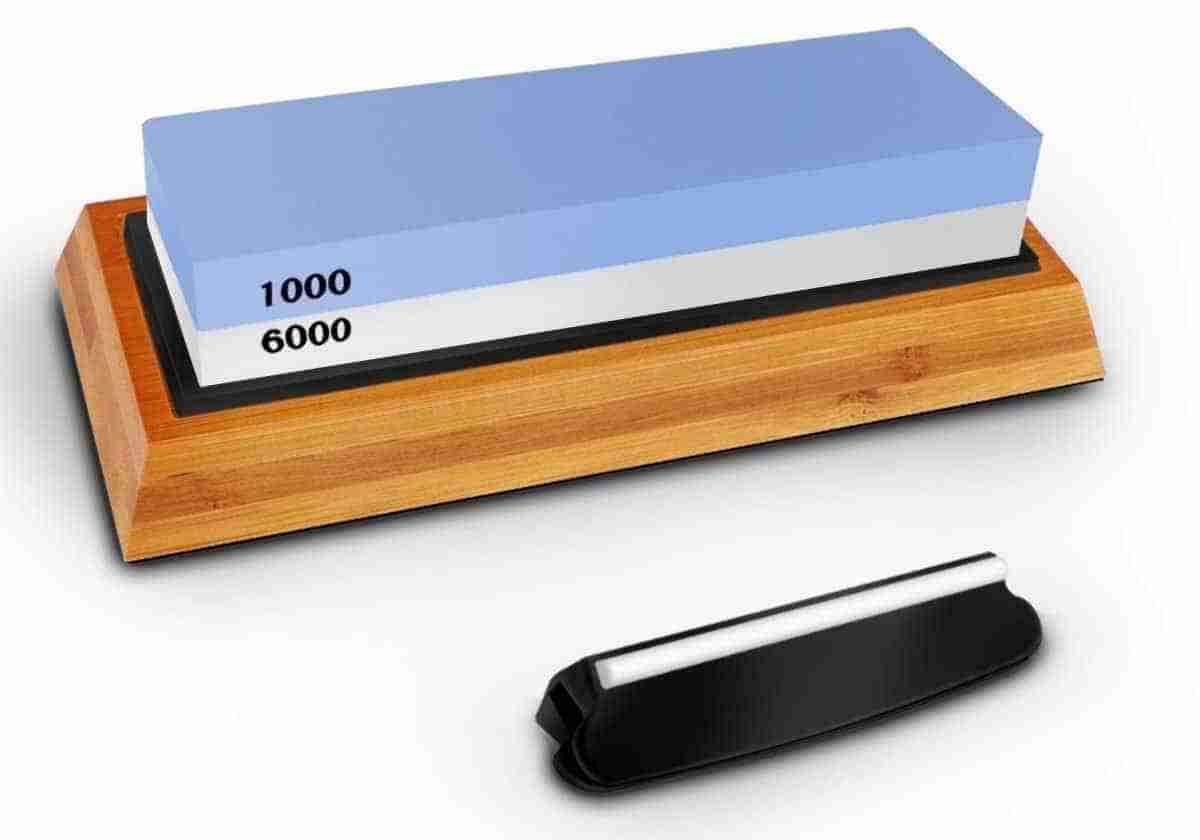 The stones for sharpening knives and their “grits”

Sharpening stones, which ones to choose and the grains to use are one of the questions that is often asked when you want to improve the ability to cut knives.

Sharpening is part of art!

These days I’m doing a search to change the sharpening stones that I have because they are not of quality and I realized that it was money not spent well so I decided to share with you my ratings.

Let’s see what the abrasives commonly used to sharpen and their grains are based on.

This technical topic is very important for a maker because the last stage, that of sharpening is complex and it is not easy to achieve satisfactory results at 100.

Grain is the degree of roughness ofthe stone, and is an indication of greater or lesser aggression and as for the abrasive tapes of the sander or the common sandpaper that you use in finishing, the lower the indicated number and the more abrade.

Now, however, it is not said that in the stones to sharpen an aggressive grain must necessarily abrad faster, since this is given not only by the grain but also by other factors, such as:

An example, for the same grain, the maamated stones, for example, abrathe faster. 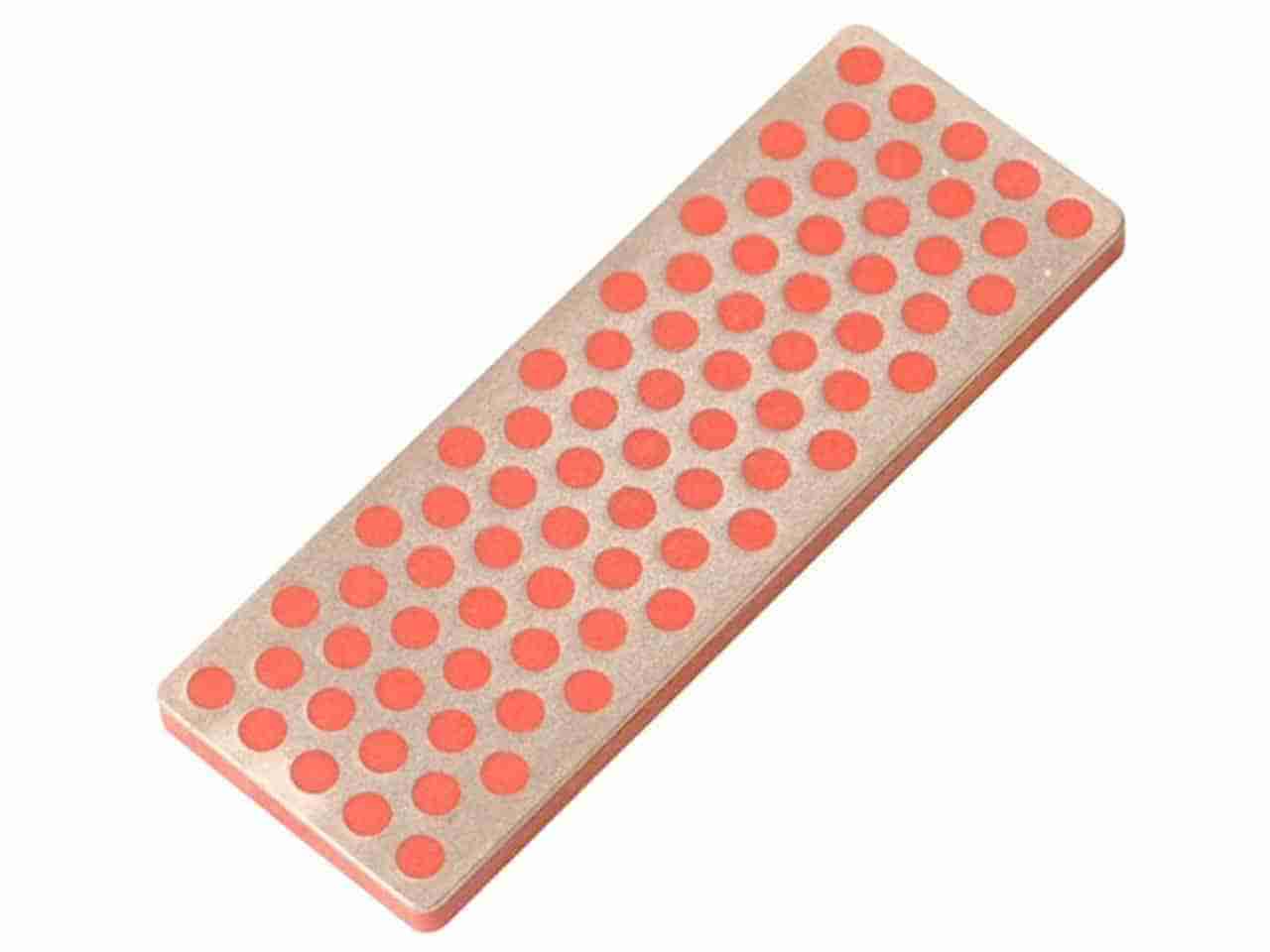 The stones are divided into 5 macrogroups:

This includes the natural American Arkansas, european Coticule and Belgian Blue, which are stones high in silica and can be used for the final sharpening phase being very hard.

They are quite expensive, and being natural, they are becoming increasingly rare. 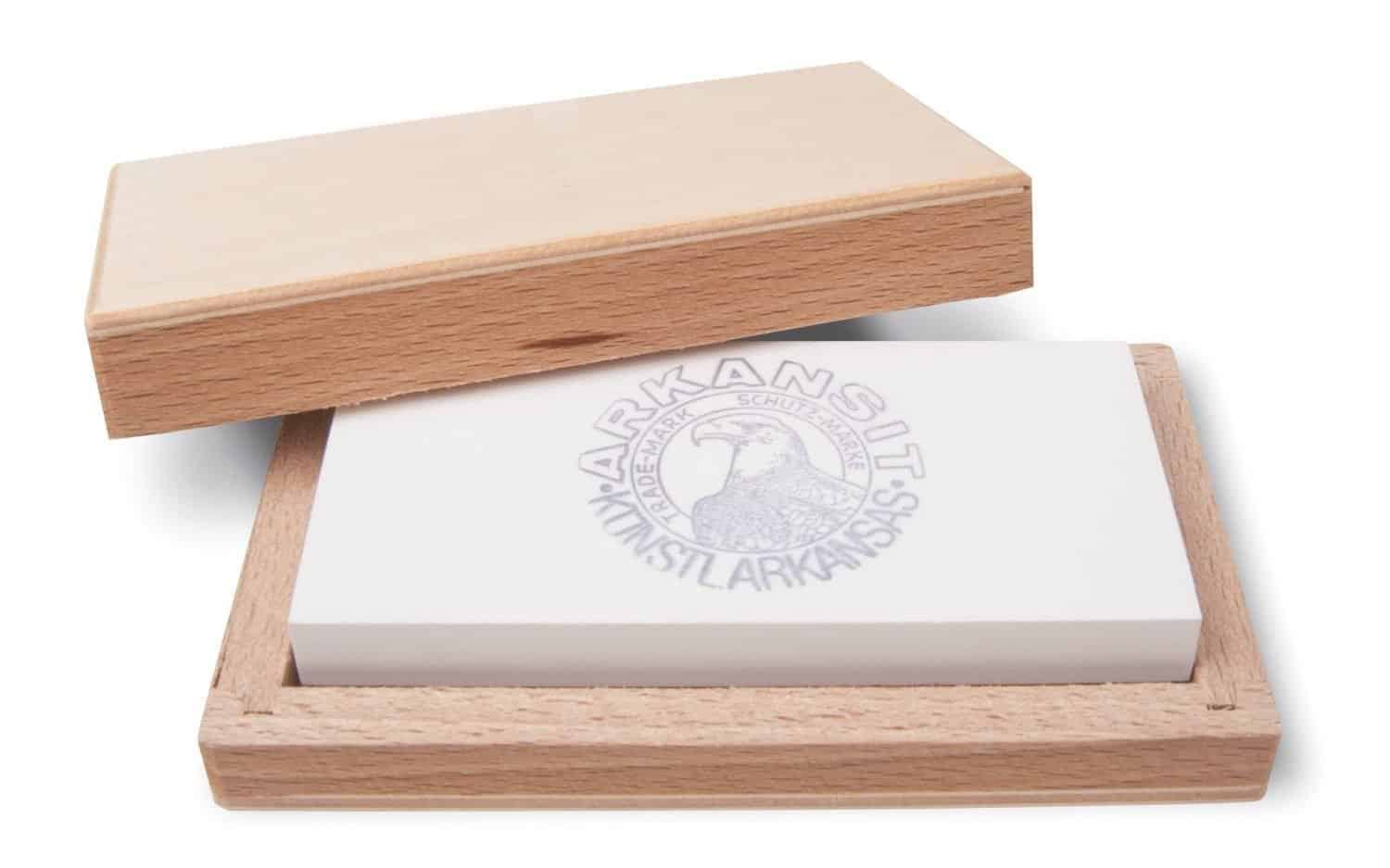 Among the most common oil stones, there are also those made with aluminum oxide (such as Norton India) that are suitable for everything and make a great thread, and those with Silicon Carburo (such as Norton Crystolon) that are little softer than diamond and abrasive faster Mind. 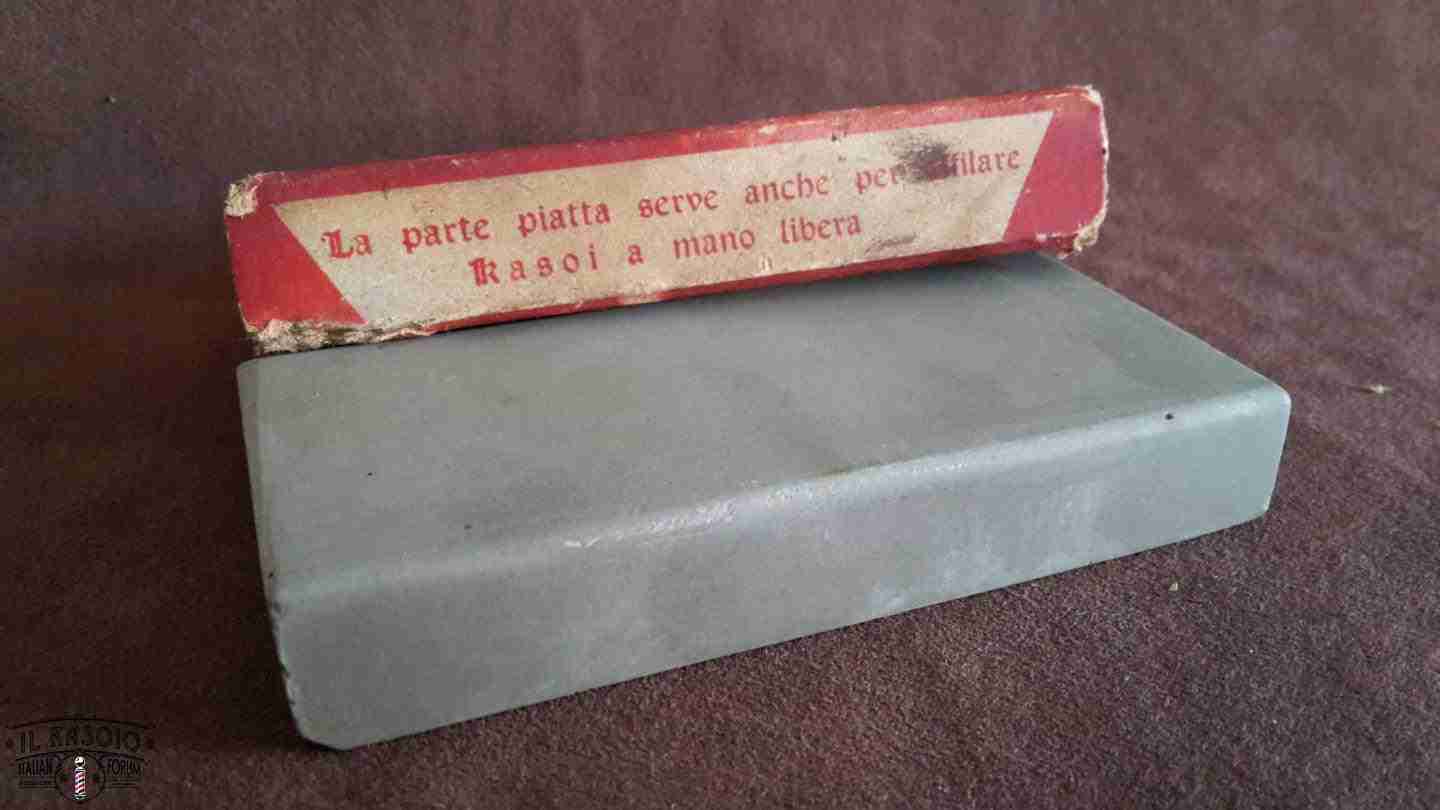 With use, they are consumed and need to be rectified.

There are in various grains, they can also be used on knives with HRC close to 64 degrees Rockwell.

Although each type has soft, hard, etc., let’s say that a truthful sub-ranking for stone uses is this:

Pregi: Low cost, with 10 euros you can sharpen a razor knife.

General defect of oil stones: is that it is the slowest type, they abrasive slowly, and the use of oil is a bit of a break.

By now there are no more natural stones, and they are all human work stones, they are composed of silica particles (generally aluminum oxide) mixed with a clay matrix.

The stone is “soft” as the particles have a bland bond and wear out quickly, this is the great value and the great defect, as it makes sure that there is always new material that can work perfectly and you create a dough with water , which polishes the wire, however go after some adjusted use.

They are used with water.

The merits of this type of stones is that they abrad faster than oil stones, and at the same time polish the thread, years of japanese katane sharpening teach, great experience and use with water is simpler and cheaper than oil.

As “defect” they have a high cost, they are consumed quickly and need to be rectified. 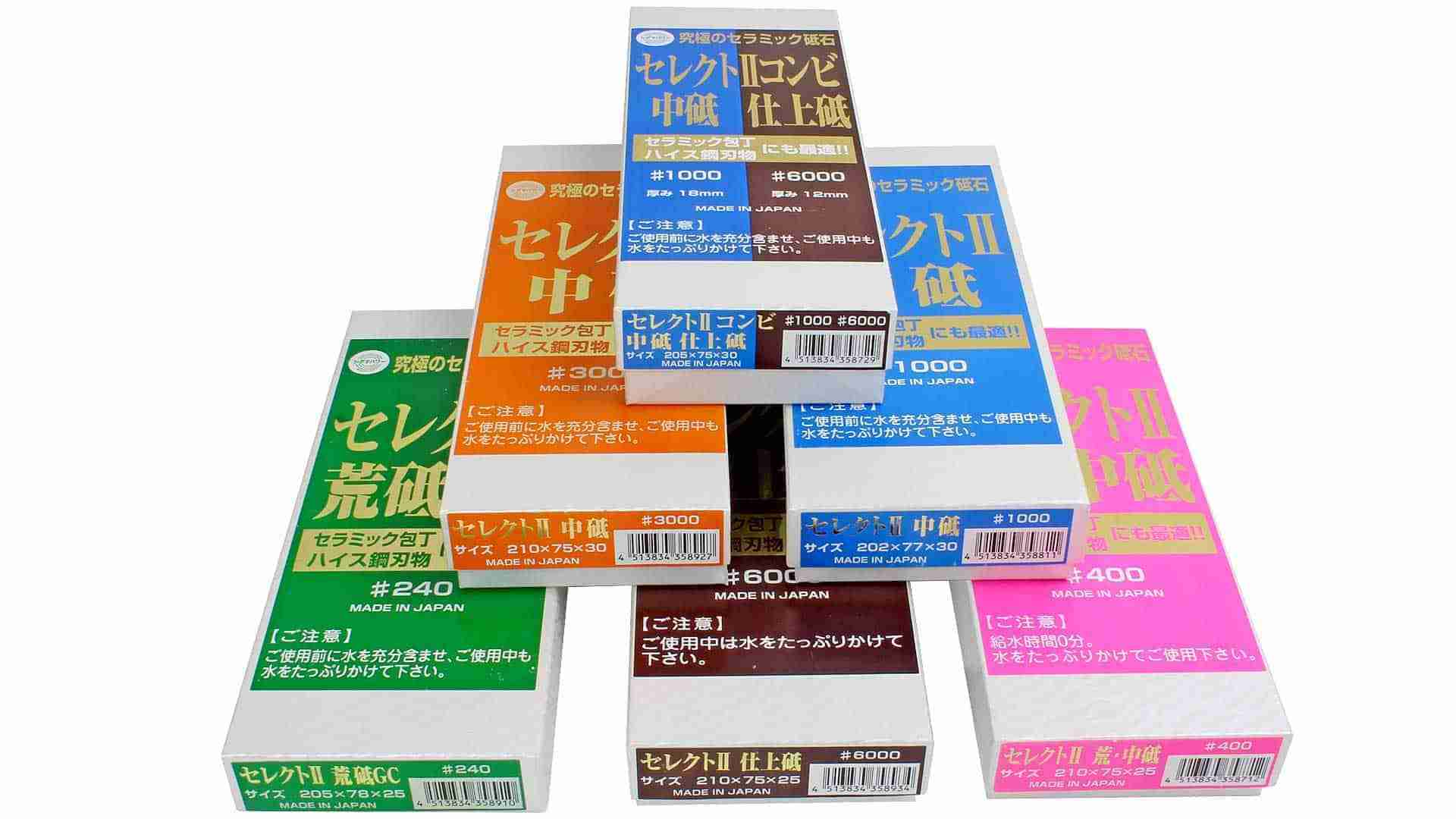 They are practically metal slabs with diamonds attached to them, which is the hardest material in the world, there are many grains and they have many merits, including the speed of sharpening, the fact that they can work even dry and do not wear out, the defects instead is that in some cases the diamanate particles can detach from the support and that being very abrasive, you can easily damage the wires.

Merits: There is no steel that is not abraded by these stones, if you have great damage to the wire, they are very quick to restore it

Defects: Not all diamantates are of quality, they cost enough, and some say that you do not have the same feeling as with natural stones.

They can also be more or less fine, but they are used in most part for the final phase of sharpening, having very fine grains, very hard material and that consumes very little, comfortable are the sticks, with which you can also sharpen the serrated blades.

They are used dry. 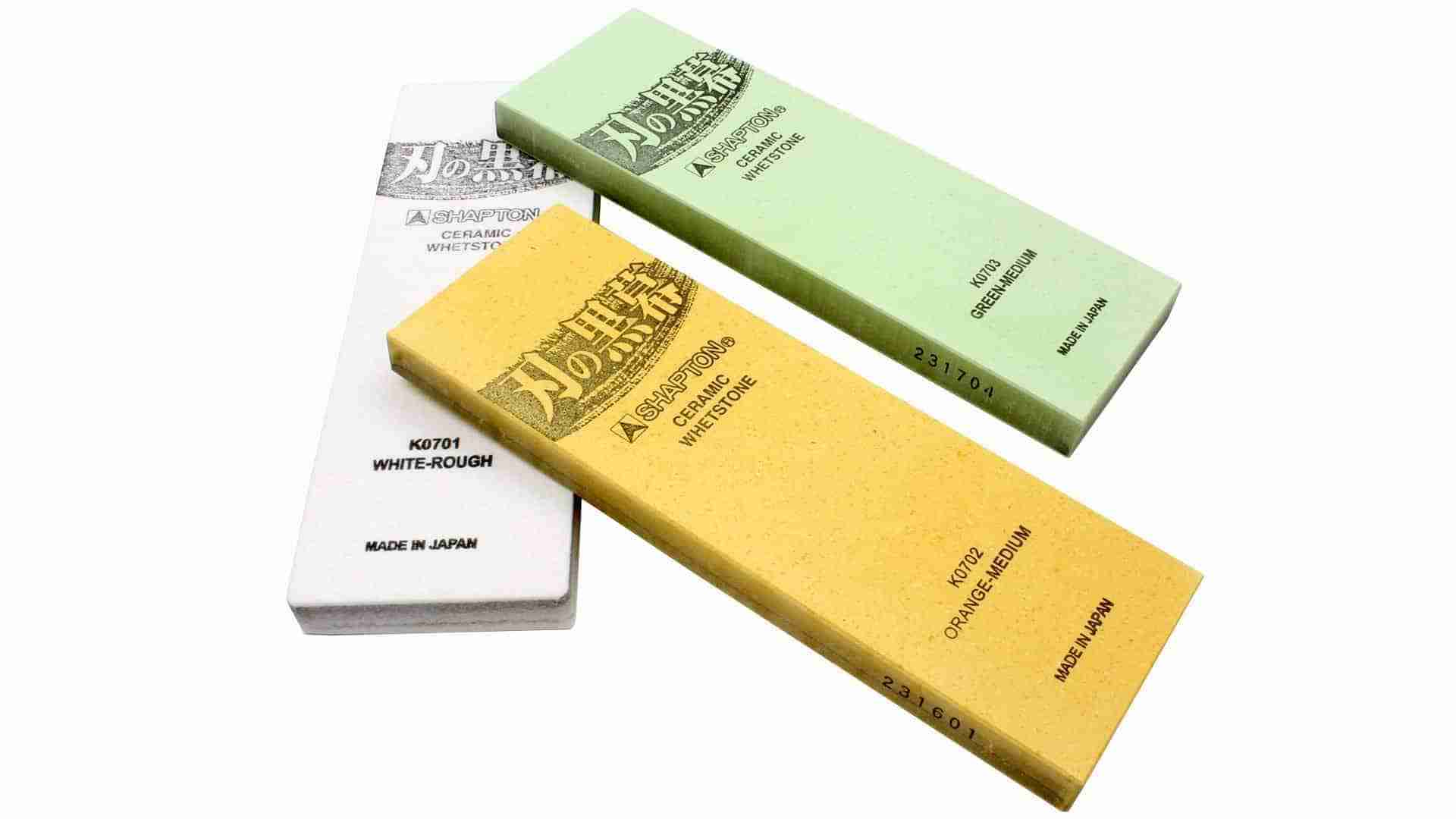 Used mainly in small sharpening kits, there are the various stones in Tungsten’s Carburo, a very hard material suitable for fast abrade but that leaves a somewhat coarse finish, used for very hard steels; those in Aluminum oxide, very common, suitable a little for everything, Silicon Carburo, used mostly for roughing and repairing the hard-damaged wires, given the aggressiveness, is a hard material just under the diamond.

They are used dry or with oil. 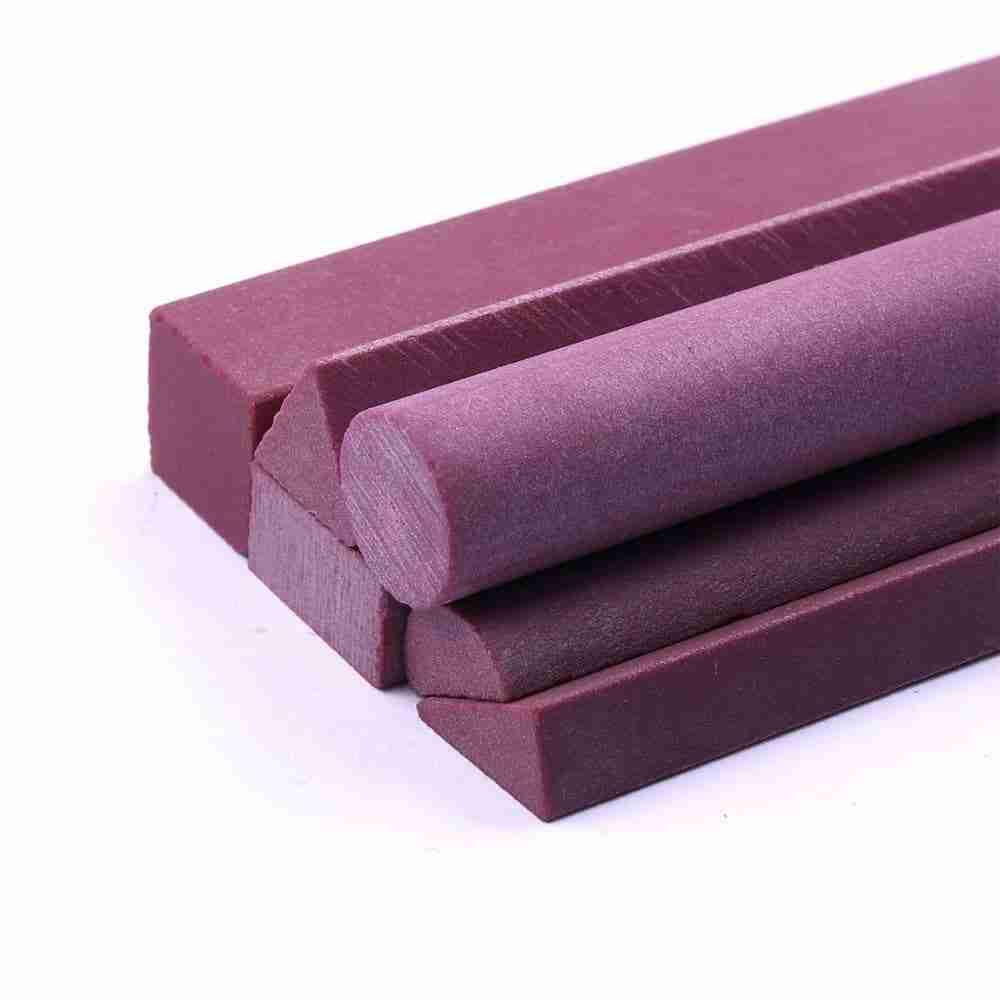 This is an intruder genre, which has nothing to do with stones, but since it is still used for the same purpose.

They are practically pastes to pass on the leather to sharpen and polish the thread, they have a limited degree of abrasiveness, some use instead of pastes, directly the sandpaper placed on a perfectly flat support like a ceramic tile.

THE GRAINS OF THE STONES TO SHARPEN

This is a summary of the grains for natural stones:

Ps. Beyond these grains you go in to truly levels that also require incredible skills or in the paranoid, remember that however only with quality steels the thread of the knife can be brought to this degree.

These are the nomenclatures of the damanted stone grain DMT (famous house of diamanate stones), but it applies more or less to all the diamanta stones:

To which are added these compounds for strop in color syringe:

Ps. A special mention is for the DiaSpray spray, which equates to 0.5 microns, or about 30,000 grains, water and finger particles, we are in science fiction!? 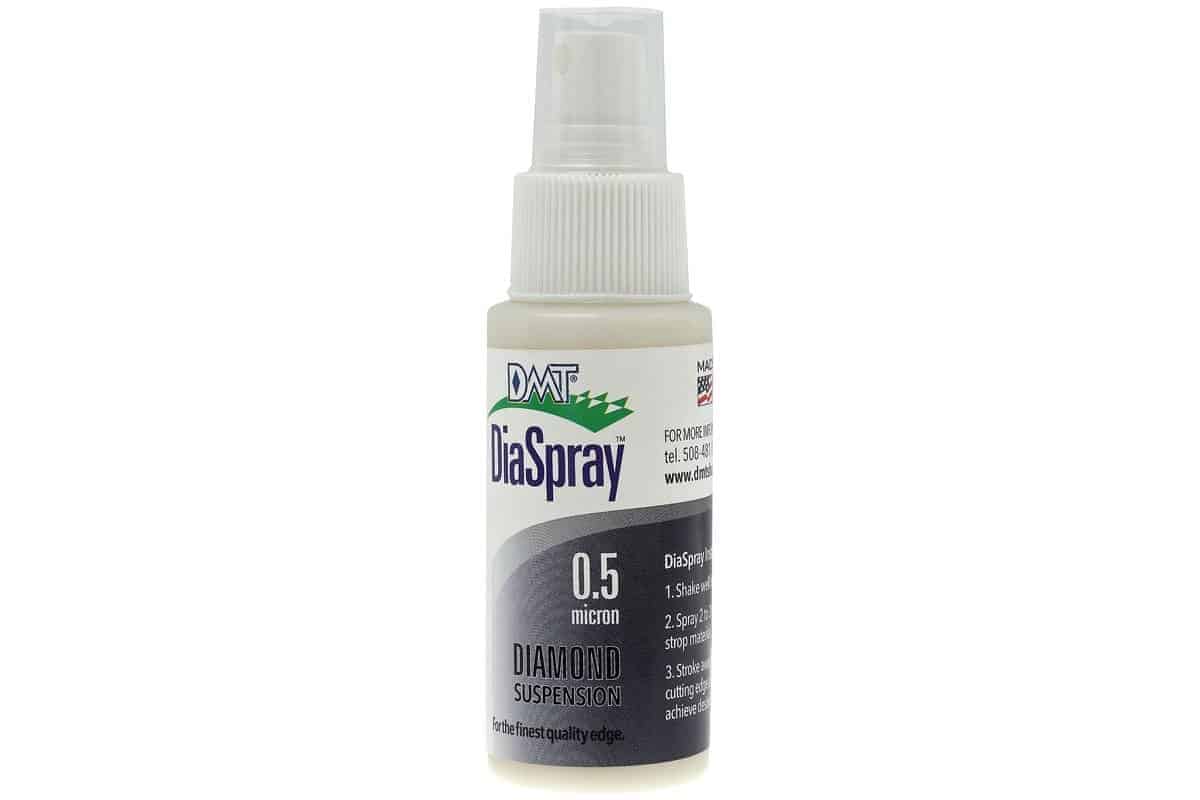 These are the classic compounds for strop: 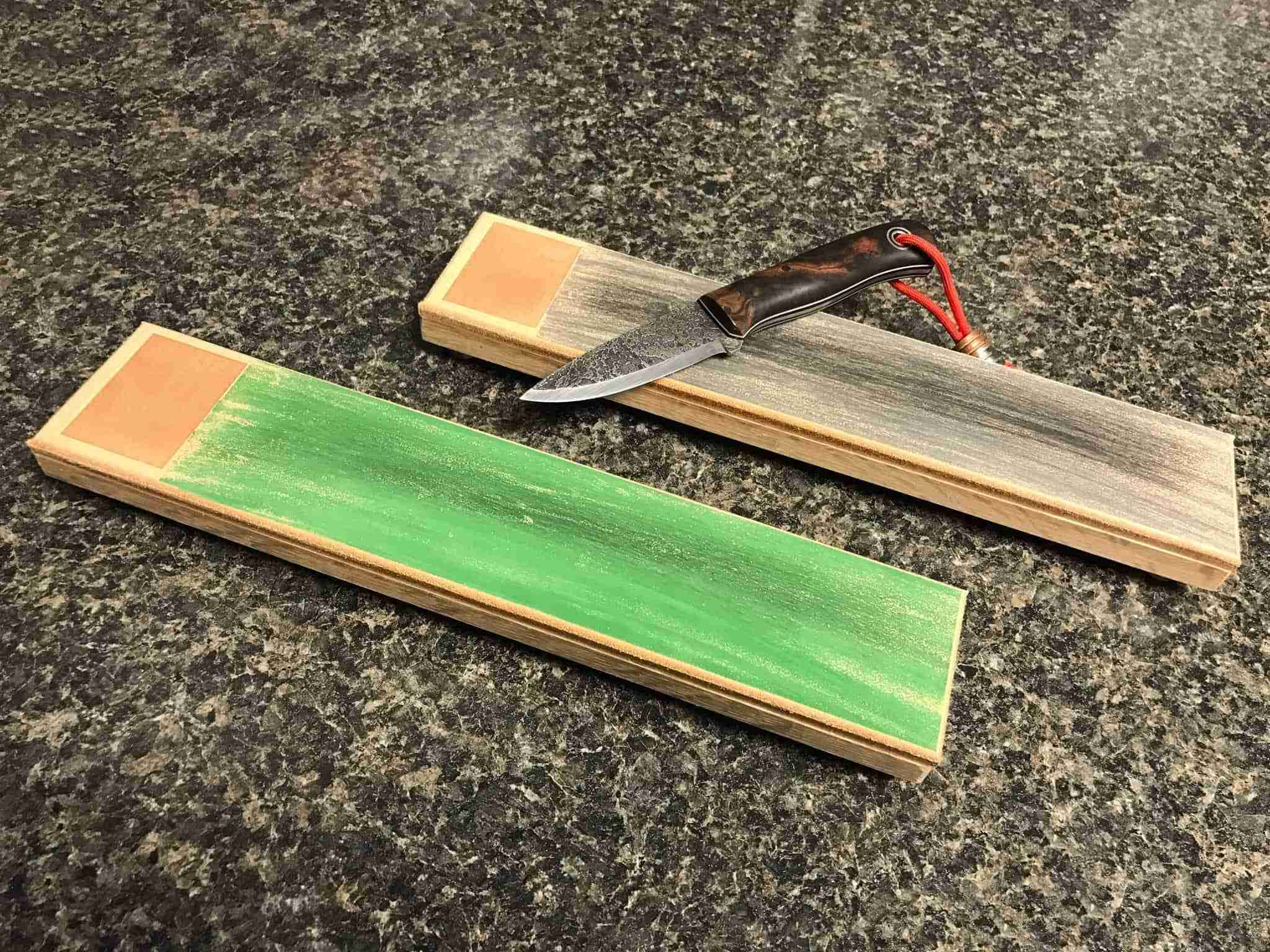 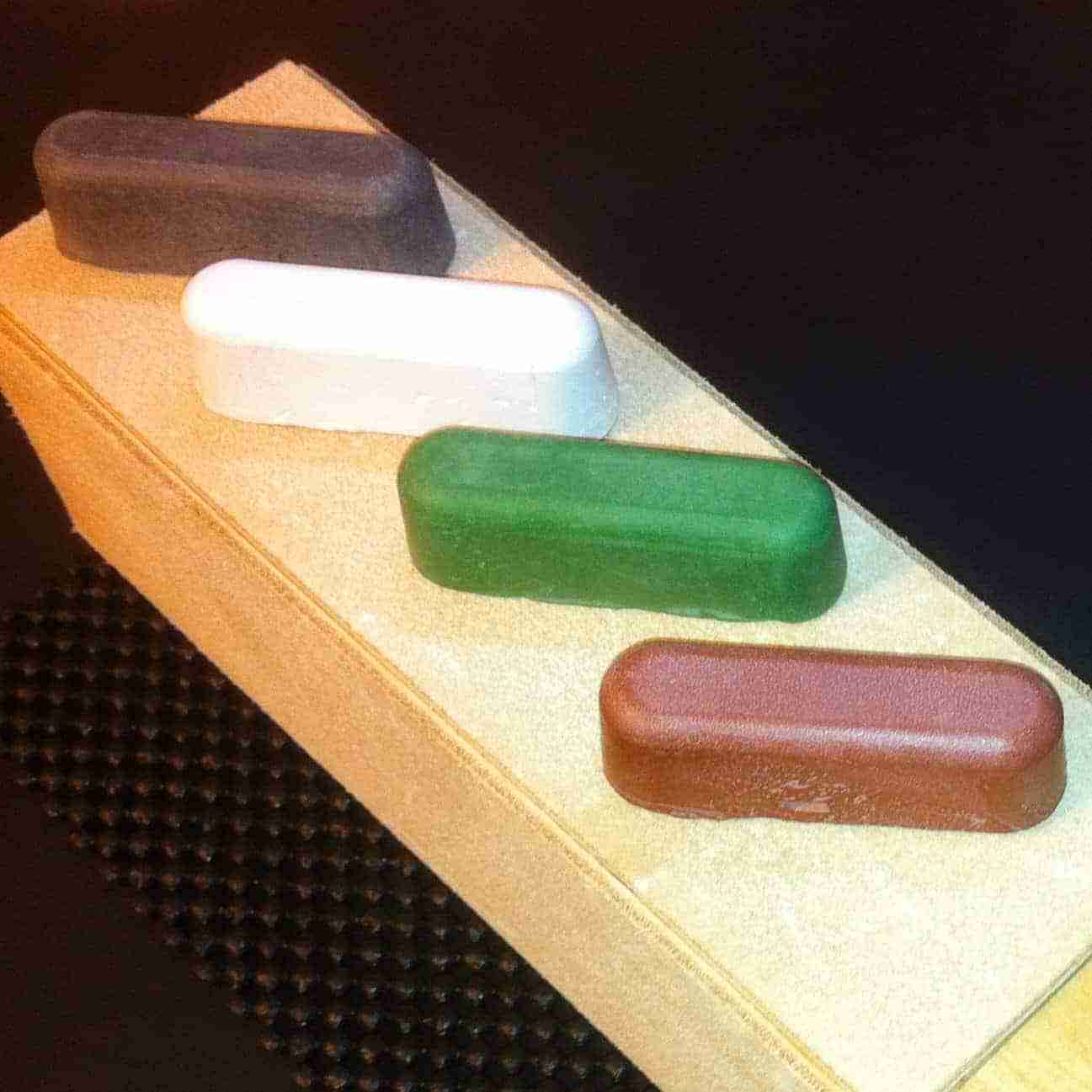 My final choice was to water stones and diamanta stones, I wanted to try both solutions going to replace my old water stones with higher quality stones.

I didn’t consider the oil ones, but it was my personal choice.

I hope this research will be useful for your personal choice.