The shape of the knife is not only an aesthetic matter but also concerns the type of use, the ability to cut and penetrate, etc.

There are dozens and dozens of knife blade shapes, but I want to show you the most used and common ones with variants and description of some of the most common types used in modern knives.

This is also a classic form much used and fast realization.

The tip extends directly from the thick back.

Great for cutting, picking and slicing.

It is another classic form of many knives with the back part that makes a descending curve that tapers towards the tip.

The drop point blades have the tip slightly lower than the back of the blade.

Similar to clip point as position but has a stronger point but are less point penetrating than the clip point point.

This profile is good for many types of cutting applications but not only.

It is a classic form but of great versatility.

Loveless made this form of knife famous with its Drop Point Loveless.

Spear Point Blade:
The classic knife/dagger, has the shape of a spear and can have two sharp wires or just one with a false counterwire on the dorsal part.

This is also related to the legislature of the country where you are, because the double thread in Italy must be registered in this ura.

It has both strands tapered symmetrically to a point that is not always said to be symmetrical.

It can also have curvature profiles that arrive at the tip different between the dorsal part and the sharp wire.

Spey-Point, New York
A drop-point blade modification made only for machetes and work knives.

Suitable for skinned, this blade has a strong curve at the end that meets a short straight staple from the matte back.

It is basically made to make the tip very sturdy.

Clip Point Blade
The clip-point blade is a classic and very practical form with the various variants of the bowie knife.

It has a shape that appears to have a portion of the dorsal part of the blade, cut.

It can also be sharpened for better tip penetration.

It can be single-wire or double-edged.

There are also versions with the longer-elongated back such as the typical North African style in the photo.

The cropped portion is good in tight places and in the collection.

It offers a wide “belly” of the blade and a good tip to fit under the things that need to be cut into tight spaces.

Modified – Clip Point
Changing the Clip-point blade, where the part closest to the tip (in the back of the blade) makes a more accentuated curve than usual.

This curve can also be sharpened.

A practical example is Ka-Bar knives and some Bowies.

Another variant may be this.

So much Point Blade or Japanese Tanto
This type of blade shape is inspired and derived from the shape of the blades of Japanese swords.

The much has a reinforced tip that is great for penetration even of more durable materials.

It is a form that its charm and in the Japanese version is very versatile.

American Tanto Point Blade or American Tanto:
This blade shape is also inspired by the shape of the blades of Japanese swords but with edcheloous cuts and with the bisellations that cross, drawing very technical aesthetically appealing motifs.

A blade of this type allows you to have more stitches with different thicknesses and a thicker head that goes towards the tip, adding robustness to the tip.

The much can therefore have a reinforced tip according to the Anglo compared to the tip that you decide to do in order to increase the ability to penetrate even more resistant materials.

The extrema ratio made several versions of military and tactical knives with this type of blade shape.

This type of blade is also always inspired by the shape of the blades of Japanese swords.

The reverse so much has a reinforced but inverted tip that is also great for penetration even of more durable materials but having in the part of the wire with a curve this allows for more versatile cuts.

Very particular and with an aesthetic motif that makes it recognizable.

Dagger/Double Edge/Needle Point
This type of blade is a classic. In this version it is called Needle Point and in the version with the symmetrical curve dagger but they are details and some call them both in the same way.

It is a knife blade with a sharp double wire on both sides that end up aligned and symmetrical in the middle part of the blade.

It is a knife that can have various shapes but the characteristic is its symmetry and double thread.

Trailing Point
Similar to the shape of a scimitar.

This blade has a rear edge that curves upwards.

The blade is much shorter and tussle-like and sharpened only on one side.

Great for slicing and skinking.

A thread that curves concavely creating a sharp hook that can be used for different functions.

It is often used to do this in rescue/recovery knives or Skinnerknife blades.

This type is also known as Gut-Hook.

Hawkbill Blade:
In hawkbill models (sometimes known as talon)the blade makes a curve with a concave sharpening that offers a cutting tip.

This blade has a curved back and a curved cutting edge.

With a point down, it’s useful for stocks like shredrving and scraping.

This type of blade is used for work knives (carpet cutting) or blades of knives such as karambit.

I find it to be a very versatile and interesting form of blade.

The shape of the blade creates very deep cuts.

Wharncliffe, N.
The Wharncliffe blade has a straight thread and a dorsal part that descends towards the tip.

This blade with a curved back and straight edge offers maximum control, as the opaque back edge can be held by your fingers.

If this descent is sudden, the blade is called sheepsfoot as you will see in the next image.

This blade profile is excellent for when you have to cut something with the tip of the blade.

Similar to the Clip-Point blade, but its tip goes higher in the dorsal part.

Scimitar Point
This is a type of blade that makes a very accentuated curve towards the back.

It can also have the cutting edge in the dorsal part.

A smooth blade knife is a simple blade without serrating or interruptions.

Some blades are serrated (like a bread knife) and some are only partially serrated, to offer a serrated section onthe bottom, near the guard and a simple smooth portion at the top of the same.

The blades that are serrated only partially are called Combo-Blades.

The serrating gives the advantage of cutting soft materials more easily, such as rope.

That’s why some kitchen knives are usually serrated.

The combination of the two types of blade (Combo) offers the benefits of both types of wire, albeit in a partial part.

One drawback of serrating is that it is difficult to sharpen and does not work well for carvings or precision cuts.

If the knife loses the wire (not sharp), the serrated part will be useful because it will work better when the other part is without wire.

The application benefits of the serrated blade are the cutting of fresh bread, wood, climbing ropes or seat belts with more ease in fact many rescue/rescue knives, are often serrated with that feature.

The shape of the blade must be thought of as well as for aesthetic reasons also for the type of knife in its use and its characteristics of resistance, penetration and cutting capabilities.

There are many possibilities, but never forget what it’s for.

Choose your blade and always respect it!

That’s important! I still ask you for a little effort but for me it is useful for the project, i like on the facebook pageand instagram channel. 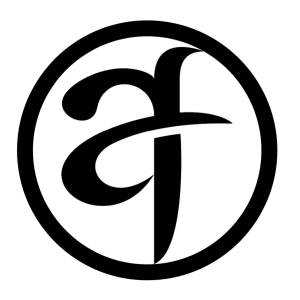